Monday: Cycling, 14.5 miles, 1:36. Tooled around suburban Manchester on my mountain bike and discovered some new-to-me trails behind Derryfield Academy. I take a lot of satisfaction in finding hidden gems near places I've been frequenting for years.

Tuesday:
AM: 3.0 miles, 212', 8:22 pace. Short, slow morning run. Leg hurts but tolerable, which isn't really good enough.
PM: Cycling, 6.6 miles, 32:29. A lunch ride cut short by low tire. I tried using my frame pump to air it up, but something was wrong with the pump and I just let more air out. Limped the bike carefully back to the office.

Wednesday-Thurday: Zero. Trying to heal up.

I've seen the Uintas several times from out the window of a 737 but after years of visiting Salt Lake City for work, I'd never paid a visit to them. Like most mountain ranges out west, I got just enough of a sampling to hint of how vast the Uintas are and how one could spend a lifetime getting to to know them. There's something comforting to the thought that I'll never run out of places to explore, even just within the United States.

Starting at first light from the Henry's Fork trailhead, I flushed out three moose in the first hour on the trail. They behave a little differently than in New England or Quebec, standing still until you're only a few feet away. It's a little startling to suddenly be faced with an animal the size of a horse that reveals its presence by breaking into a gallop through the bushes.

My right hamstring behaved its self fairly well, assisted by my rather leisurely pace, and made it through nearly a marathon without being a problem. I ran hardly any uphills or sections with rough footing, rather like a 100 mile effort, partly to avoid aggravating injuries and partly out of laziness. Alone, far from home, I had no obligations and nowhere to be later in the day. I did suffer from some altitude sickness, afflicted with a headache and nausea on the way down, going from sea level to 13,500 feet in well under 24 hours. I created a minor scene, retching out the door of the rental car in the parking lot. It was worth it. 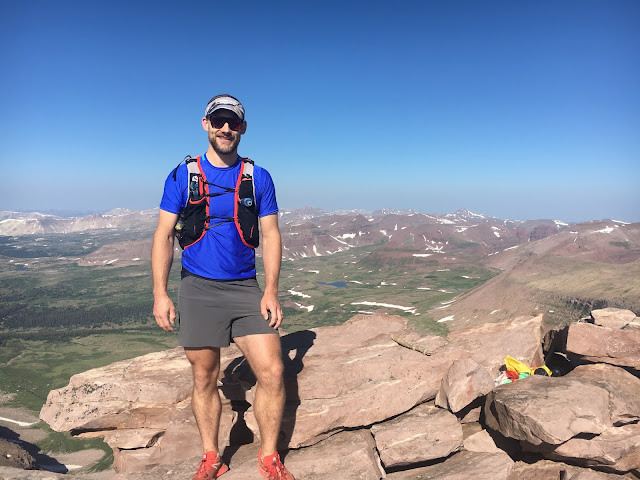 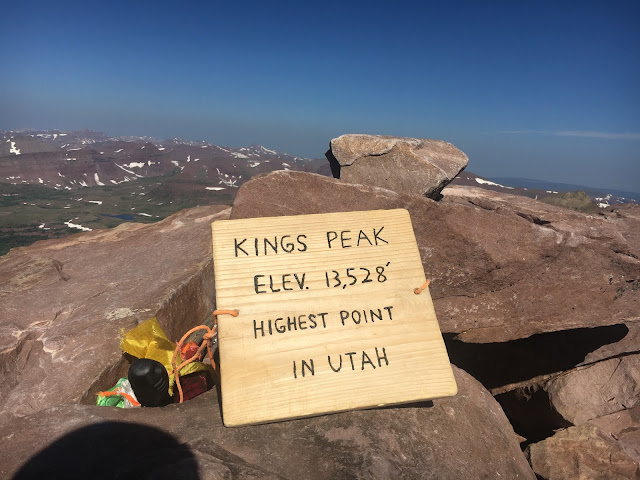 You know where else I hadn't been before? The Sawtooths. I didn't even decide where to go until Sunday night, choosing between the Tetons, Wind River Range, and making the long drive to Idaho. Ultimately, the urge to explore a new place won out and I wasn't disappointed. 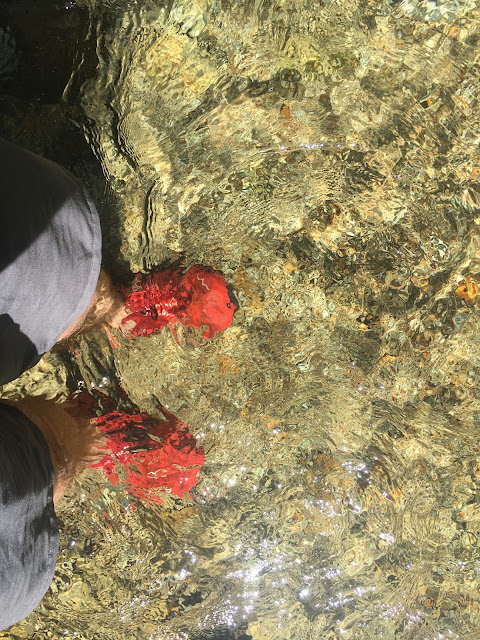 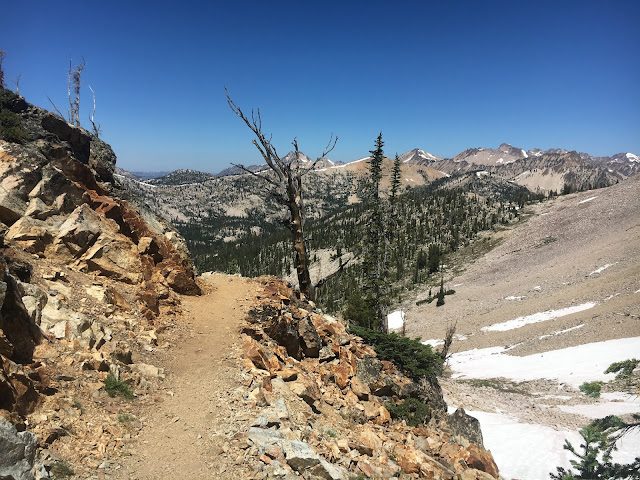 It was good for me to just run recreationally for a few days. Even if UTMA sapped a lot of my competitive drive, and my running fitness has taken a few setbacks, my legs can still carry me to places as fulfilling as any race or FKT. There's less recognition involved, but that helps some of my core motivation reveal itself a little more clearly.

This was also my last trip to Salt Lake City for the foreseeable future. I've been travelling here for work on a yearly basis since 2010, usually piggybacking a couple fun days onto the trip. Now, for political reasons, the Outdoor Retailer trade show will be moving to Denver, starting next year. I'm generally on board with the reasons for the move, protection of public lands, and Denver will be a great base for further adventures, but I barely scratched the surface of what's available with a day's drive of Salt Lake. I'll miss it.
Posted by Adam Wilcox at 8:42 AM