Way back in 2009 I started working on restoring an old Miata. Well, 1990 isn't all that old, but the car has significant sentimental value to me and was beginning to show its age, so I thought it would be a fun project to take on. I initially started taking things apart and even posted a few pictures in blog posts, but the project soon stalled as projects like this are prone to do. It's a whole lot easier to take things apart than to put them back together. 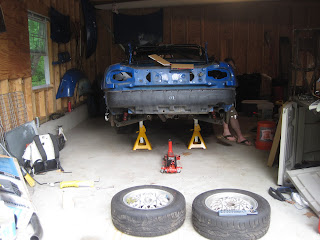 But In the last year or so I've resumed work and  gotten a decent amount accomplished, mostly in fits and spurts when time has allowed, but I'm getting there. Again, like most projects, this has taken on something of a life of its own and the time frame has dragged out way beyond my original intentions. So, In the interest of posterity (and accountability), I figured I'd document the progress I've made.

First I had to fabricate a new sheet metal patch for the hole in my rocker panel where I cut out some substantial rust. With the help of my friend Sean, I cut a pattern out of the side of a PBR box. 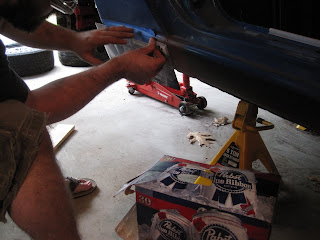 Then we cut out a corresponding piece of sheet metal and bent it to match the shape of the rocker panel. 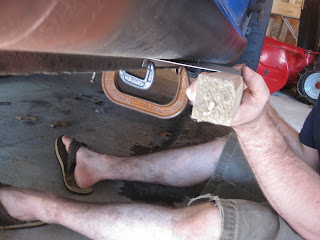 Not too bad, considering our methods. 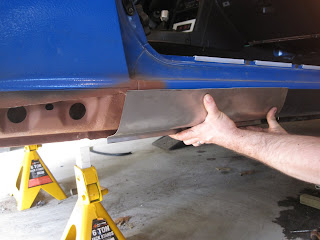 Then we bonded the panel in place using a structural automotive epoxy. This should be just as strong as welding without requiring nearly as much equipment, training, or the risk of warping or burning anything. 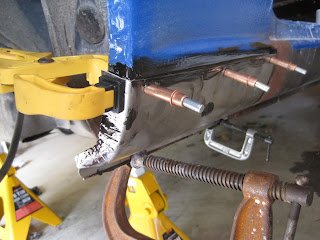 After letting that cure for a couple days, I got to work filling in the gaps around the repair panels. 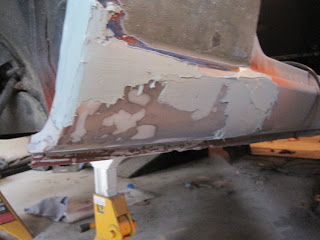 Then sanding the filler to smooth things out. 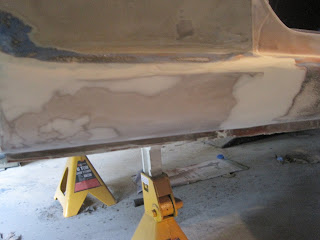 With some primer over the top, it doesn't look half bad. At least there isn't a hole there anymore. 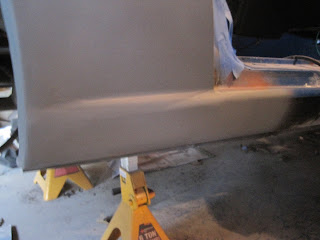 I also filled in my radio antenna hole, because the car will look less cluttered without one and radio sucks anyway. 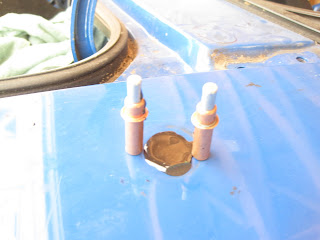 With some careful smoothing, it should look like there was never an antenna there at all. 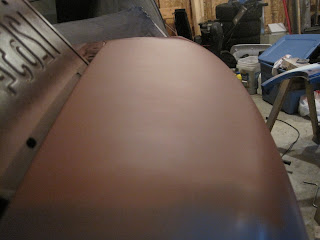 I also did a bunch of other bodywork removing my rear badges and filling the holes... 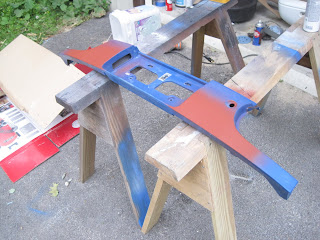 ...and replacing the passenger door. The old one had a rust hole and some pretty bad dents. The donor door was a little better, but still needed significant refinishing. 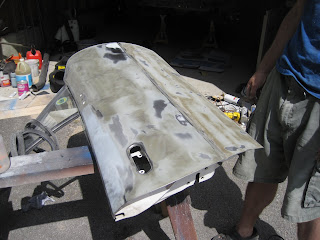 Then I moved on to the rest of the body and fenders. Sometimes you have make things worse before you make them better. 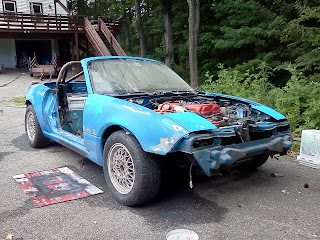 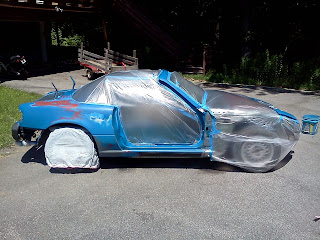 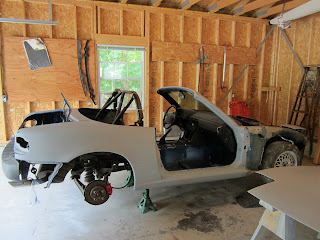 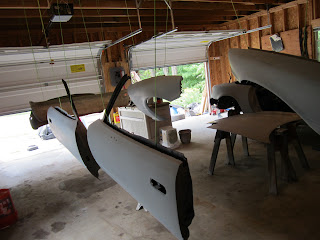 Looking a bit better with the blue paint on. I decided to go with a single stage paint in the original Mazda Mariner (smurf) Blue. 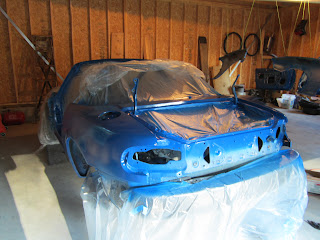 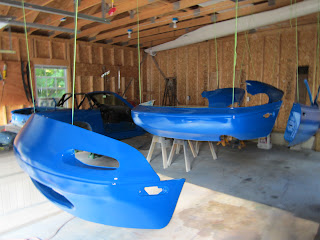 My first attempt at spraying the color coat came out rather poorly, proving what I knew all along: I am a mechanical engineer, not a body shop technician. This ripply texture is what's known as "orange peel". It looks like shit and I had to sand most of it and off start over. 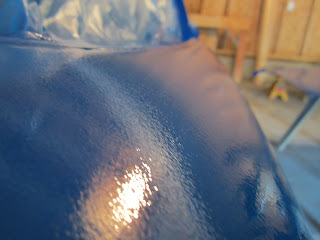 The second attempt went a bit better, but I'll still have to do lots of wet sanding to smooth things out. 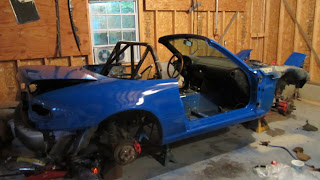 In the mean time I also dyed my seats so they'd be black instead of sun-faded grey. 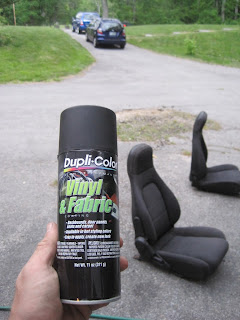 Before is on the right, after on the left. 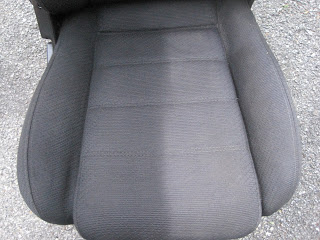 The rest of the automotive family is there to offer support. 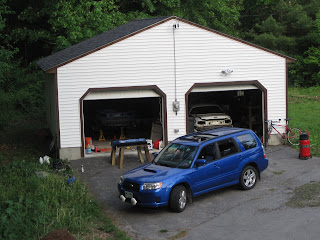 We can rebuild (her). 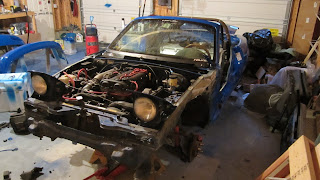