It seems like almost everyone has a car guy or two in their life. The familiar story goes something like this: Father/uncle/neighbor obtains a muscle car/sports car in their youth and is the envy of those around them. They love the car, identify with it, maybe hot-rod or race it, but eventually part ways when the responsibilities of adulthood loom on the horizon. Now, years later, they lament to you how short sighted it was to sell, and how much they wish they'd kept that Mustang/GTO/MG or whatever it was.

I went through something similar. In high school I wanted a Miata in the worst way. People tried to talk me out of it.
"It's impractical, and a bad choice for a daily driver. "
"It'll be unreliable and you'd be taking your life in your hands with it in the snow."
"You'll never afford one, and if you do you'll never be able to afford the insurance."
And my favorite: "What are you, gay?"

I did my research, though, and I was able to either discredit everything negative they said, or rationalize it away in the way I used be able to do when I was 17. After scraping together money from bagging groceries and mowing lawns, I pounced on the first car I found. She was a 1990 Mazda Miata in Mariner Blue and in need of a little TLC. The top was torn, the tires were worn out, and the brakes needed some work. I had to smuggle the car home with some spare license plates because the dealer wouldn't give me temporary ones with the car being uninspectable. 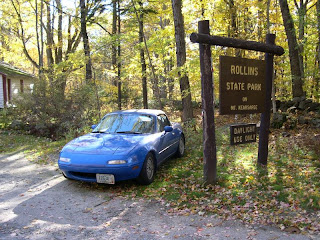 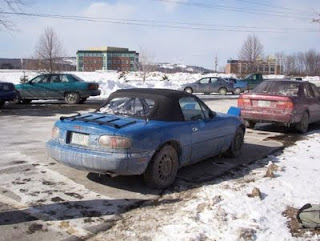 I dubbed my little car Charlene, fixed a few things up, and proceeded to drive the hell out of it. It fit me perfectly; I loved the color, cruising with the top down, and even the way it seemed to wrap itself around me. It wasn't fast but damn could it handle. I installed snow tires and drove it through several winters. Never one to leave things be, I also began to tinker. Soon I had super-grippy summer tires, a roll cage, lowering springs, and some minor power mods. I also began to modify myself. I read everything I could on performance driving, took a few classes, and began racing in local autocross competitions. While I was never a true contender, I could certainly hold my own. There was a special satisfaction with being able to turn better race times than inexperienced people driving Corvettes and STIs with triple the power and ten times the expense. 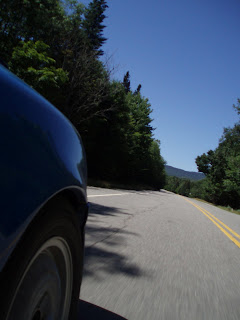 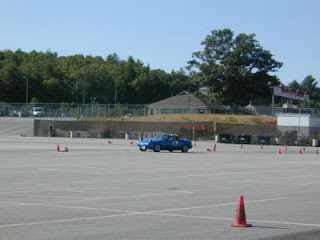 Inevitably, my interest began to fade after a few years. Charlene was taken off of daily driver duty and I began to spend more time on a motorcycle. A few problems cropped up that I neglected, she got rusty, mildewy on the interior, and had problems starting. I was afraid the car was doomed for the scrapyard, but the dismal book-value kept me from parting with the car voluntarily. Charlene was and is worth too much to me personally for me to ever part with, so I stored the car and just sat tight. Then I bought a house with a garage and Charlene had a new home and I had a dry place to work. 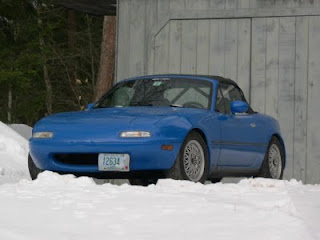 I've decided to bite the bullet and start working on the car again, restore some of it's former glory. It won't be easy, as I want to do things the right way, and that'll involve body work and a new paint job. Lots of parts will have to be replaced, and there will be some cutting, drilling, and welding involved. It's not my intention to restore the car to any kind of show-queen, but from now on it will be garaged and driven in nice weather. I just want to get her back to respectable condition so I can do what I've always done with the car. I'm going to drive it and get as much enjoyment for as long as possible.

I've already started the body work and I may post updates as things progress.
Posted by Adam Wilcox at 9:36 AM