A map of the White Mountain National Forest is like an endless list of possibilities - so many places to go, trails to take, and summits to link up. But when I read the higher summits forecast for last Saturday, there was only one place to be.

That's an alpine day if I ever saw one, so I put together a nice 22 mile loop out of Pinkham Notch to best enjoy one of the first really good weekend days of the summer.

The plan was to go from Pinkham to Mount Madison via the Old Jackson Road, Madison Gulf Trail and the Osgood Trail. Then, traverse the Presidential Range over Mounts Adams, Jefferson, Clay, Washington, Monroe, and Boot Spurr and descend the Glen Boulder Trail back to the car - not a bad way to collect 8,000 feet of elevation gain as well. 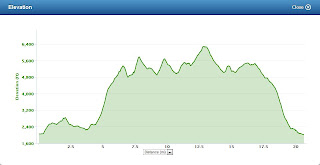 And so I jogged out of Pinkham with my dog a little after 7 in the morning, crossing the Mount Washington Auto Rd. on my way into the Great Gulf. When I was a baby in 1982, my parents drove me up this way for my first time on Mount Washington. 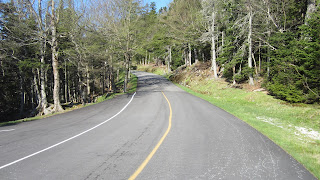 We took a little side trip to Lowe's Bald Spot to get a good view of Madison (right) and Adams (left) up ahead. 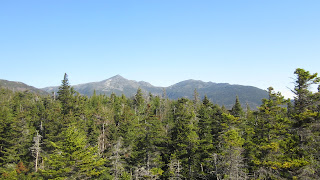 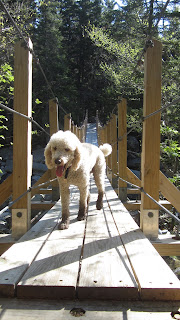 ...but remains patient with me on the steep climb up the Osgood Trail. Along the way we passed by the spot where I experienced something of a motivational meltdown back in March in the wee hours of the morning on one of my biggest goals for the winter. Oh well, the mountains will still be there next winter. 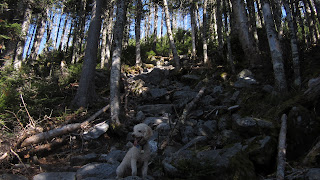 Out above treeline now, looking back down the Osgood Ridge we came up. 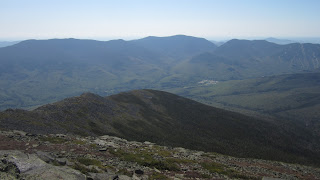 And on the top of Mount Madison with Adams up ahead, sporting some lingering snowfields. 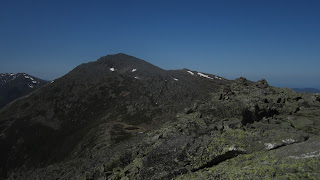 The weather was perfect, as advertised, with warm temperatures and only a breath of wind. We stopped by Star Lake for Cooper to have a cool drink. 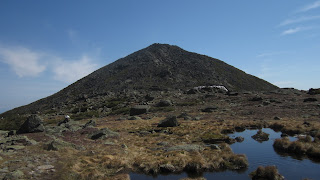 From there, it was up the Star Lake Trail to Mount Adams. This is the spot where I met my wife in 2005. 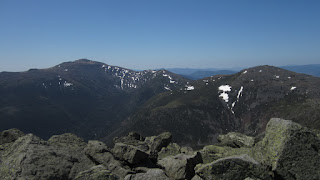 Above treeline and exposed to the sun it was actually rather warm. Coop doesn't really like the heat but I had a special surprise for him; the snowfield on Mount Jefferson known as The Beach. Though I haven't personally tried it, wheelbarrowing your face through the snow does seem like an effective way to cool off. Cooper demonstrates:

Clay and Washington ahead, across the Great Gulf. 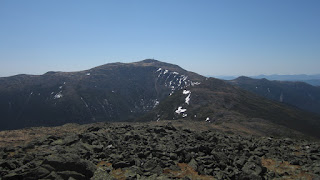 The view back to Mount Adams, where we came from. 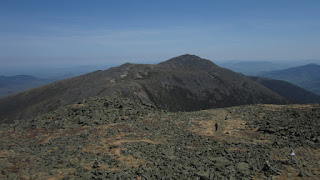 There was another snow patch on Mount Clay. 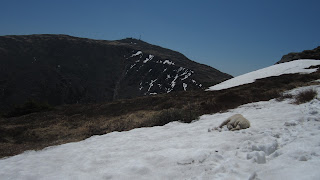 Wild country down there in the Gulf. 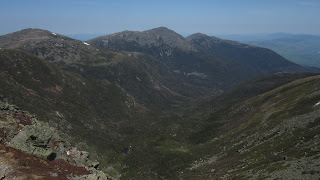 Whiffs of cigarette smoke made it clear that the Cog Railway and Auto Road were open before I actually arrived at the 6,288 foot summit of Mount Washington. Best to not to linger here, so down toward Monroe we go. 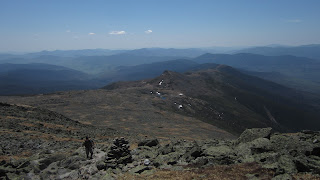 A helicopter was busy delivering supplies to Lakes of the Clouds Hut. 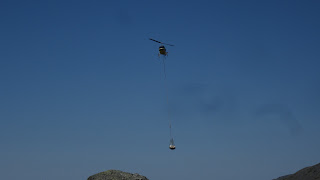 From the top of Monroe, Washington looks like it has a battleship parked on top. 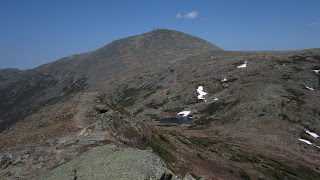 The Camel Trail and Davis Path took us over Boot Spur where we encountered throngs of hikers from Quebec - one of the groups had at least 40 people in it. There was some decent running through here and I overheard one of the people I passed say something like "oh, un joggehrrrrrrrrr". 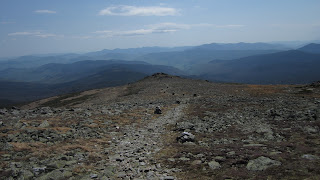 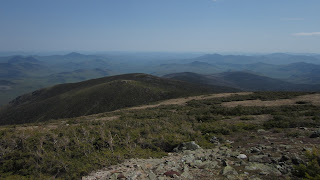 Even the short sections in the trees were pretty runnable. 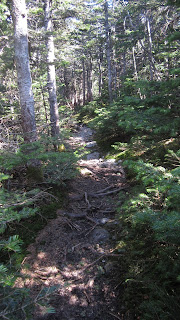 I think I can see my car from here. 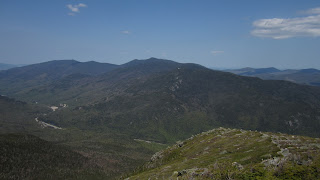 Looking back up at the Glen Boulder. 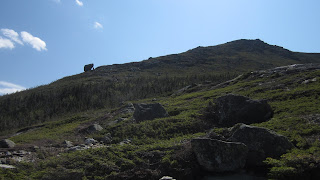 Once we were well below treeline, the Diretissma took us, sunburned and smiling, back to Pinkham for a total time of 8:15 - not bad considering how much time was spent goofing off.

8+ hours sounds pretty slow for "running" 22 miles but it should still be good Hardrock training and I got to test out a few more equipment options. My LaSportiva Fireblades grip really well but are much too narrow for me to wear in a hundred miler. Still, the mildly uncomfortable fit might be a worthwhile trade for their traction on the wet rock of Garfield Ridge. I also tried out a set of super light carbon fiber Black Diamond Z-poles. They were nice enough for powering up long climbs but just got in the way on faster technical running and I was afraid I'd break them like so many others have (the Z-pole carbon fiber curse).
Posted by Adam Wilcox at 7:55 AM