Back in 2011 I ran the Pinhoti 100 in the Talladega National Forest of Alabama, my fifth hundred miler of the year. I'd had high hopes for the race but things quickly went south when an aggressive start and the cumulative fatigue of a hard year finally caught up to me. My friend, Nate got to witness my utter loss of dignity as my stomach rid itself of all precious fluids every fifteen minutes for the last few hours of the race. He all but dragged my ass to the finish and still loves to harass me about it today.

At the finish,Todd Henderson, the race director said he hoped I'd come back again and I reflexively told him I would. I knew I wanted to do better, but wasn't sure I'd really return. Pinhoti is for sure a well-run race with a good course but I've got a long list of races I want to do, and ones that require significant travel are hard to justify a second go-round of. Sometimes unexpected opportunities arise, though.

Running Grindstone 100 this October, I felt like I had some long-delayed gratification finally coming to fruition. First, the race was cancelled in 2013 because the House Majority Leader threw a partisan hissy fit and shut down the federal government. When Grindstone 2014 finally rolled around I'd been having a tough year, not really satisfied with how my races or major FKT attempts had gone over the last few months. As I ran through the rainy and foggy Virginia night, moving up from fifteenth place to third, I felt like redemption was imminent. A smart and conservative strategy would pay off if I could just hold on for the last few miles. Then I experienced what'd I'd describe as a priority upset and in an instant I didn't give a shit about the race. 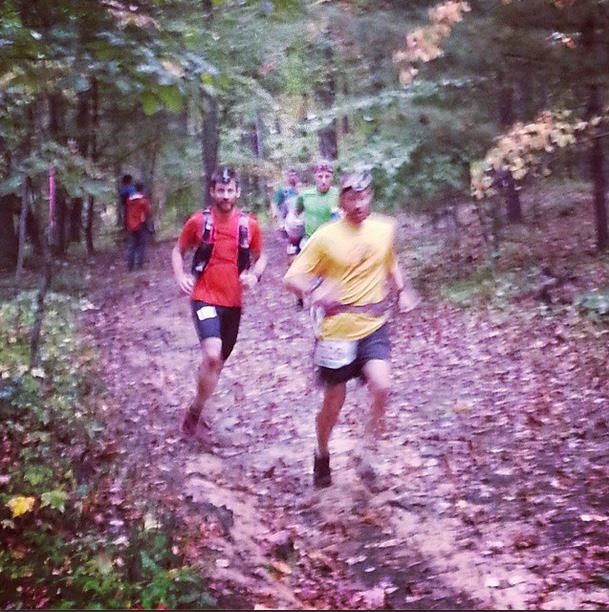 My friend Kristina ran up to me looking panicked, blurting out a string of words, but daughter, seizure, and ambulance were the only ones that I really needed to hear. We made our way to the mile 97 aid station where I dropped out and jumped into a waiting car for a ride to the hospital. Growing up in New Hampshire, I'm accustomed to religion largely being a private matter and I've always felt a little awkward to hear public displays of it in the South, but I started to cry when one the volunteers said they were praying for my family. Red-eyed, I limped into the ER on stiff legs looking like hell, not having slept in over thirty hours, smelling of ammonia and encrusted in dust and salt. The nice lady at the front desk assumed I was there to check in. Without going into too much detail, everything turned out alright and I spent the rest of the day with my wife and two year old daughter laying low in a hotel room, together as a family. 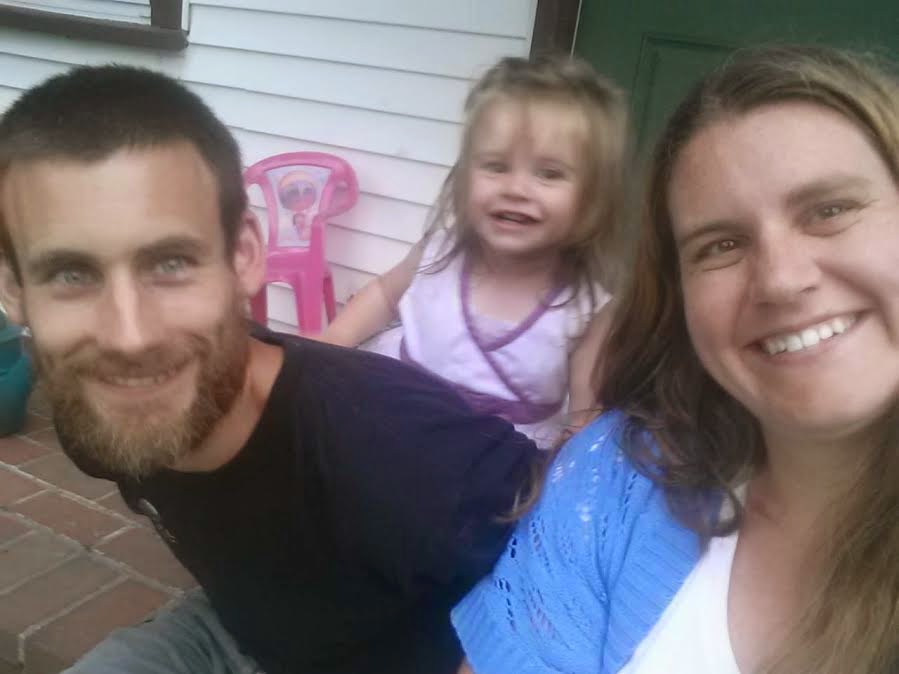 When the dust settled, I realized my Grindstone DNF left me without a Western States 100 qualifier with only a month before the lottery, which I've unsuccessfully been entering since 2009. A new ticket allocation procedure that normally would work in my favor quickly threatened to turn my odds upside-down, dropping from thirty-two tickets in the pool to one. It's silly that with my race history there should ever be a question about whether I'm "qualified" or not, but 'dems 'da rules and they're the same for everybody. So that's how I signed up for Pinhoti with four weeks to recover from Grindstone. The last minute arrangements would mean traveling to Alabama alone, but paying for the flight with flyer miles made the out of pocket expenses bearable. My wife understands how much keeping my Western States dream alive means to me and aside from that, I now had an opportunity to set things right in Alabama and establish something to show for the 2014 season. 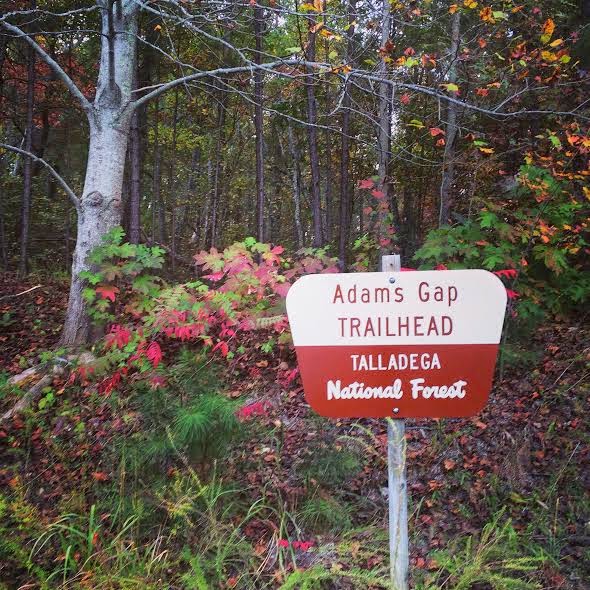 For the first time in a hundred miler I'd be entirely alone; no pacer, no crew, no travel companions, and only one or two acquaintances at the race. I'd rent a car and use a single drop bag at mile 55 with my night stuff, but otherwise I'd carry everything I'd need with me and make heavy use the volunteers and aid stations. I did my best to relax amongst the nervous chatter on the dark bus ride. When the first timer next to me asked for advice, I just said the two most valuable things I could; trust your own experiences (what works for you) and don't over think it. It's just running. I focused on those two things myself. 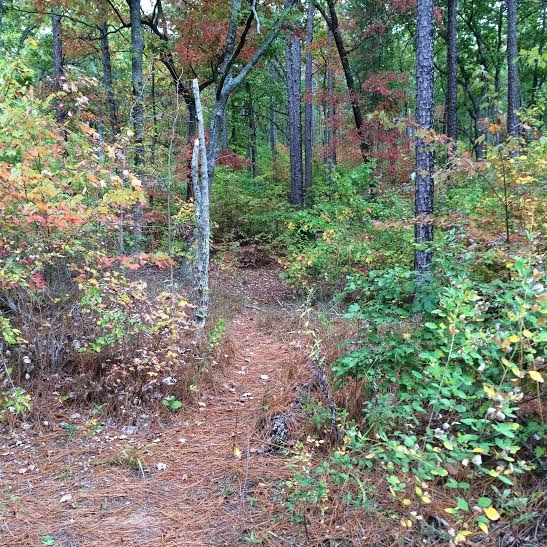 This year I deliberately didn't line up close to the starting line, so as not to go out too fast. That was my mistake in 2011; running on Karl Meltzer's heels for a couple miles. There's certainly a balance to be had here, as this time I immediately got stuck in a conga line where the trail funneled down to singletrack. I'm all for going out slowly, but waiting in line to hop a log or cross a stream isn't much fun. I decided it was worth the energy to make some passes to break free of the mid-pack so I could run unhindered. Once on my own I settled into an easy cruise on very runnable singletrack trail. It reminded me of what a 100 in Bear Brook would be like; lot's of mildly rugged mountain bike trail with a few technical sections and some rolling climbs and descents. 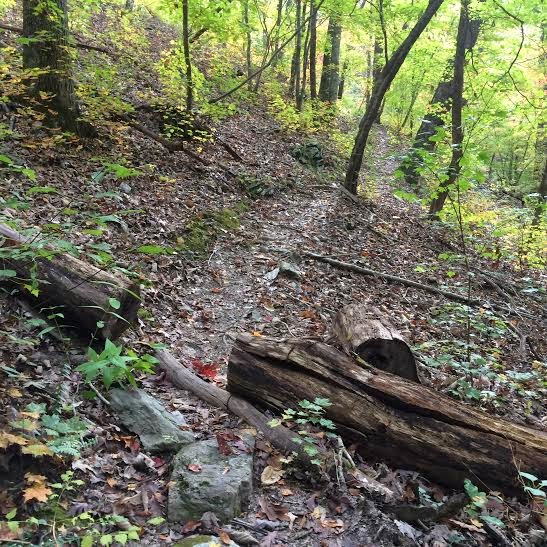 By the first aid station I was in eighth and beginning to leapfrog with a few others. I'd let my legs turnover quickly on the downhills and take it easy on the ups to keep my heart rate under control. Descending into the Shoal Creek aid station, air horns and a low rumble cut through the woods, signalling the approach of a train in the valley below. At the aid station, I watched as the third place runner made an uncomfortably close crossing of the tracks, while fourth seemed tempted but made the safe decision and hung back. Fortunately, the aid station was on our side of the tracks and a handful of runners took a moment to rest and refuel for the five or so minutes it took the train to go by. It only took a couple miles to catch up to third when we resumed running and I took over his position, where I'd end up staying by myself for the next 75 miles.

As I moved along I was getting updates from the aid station volunteers on first and second place. I managed to pull within ten minutes to second, but never caught sight of him and despite a couple off-course bonus miles, the winner, Ryan Smith was never really threatened by either of us. By the time mile 80 rolled around and I still wasn't closing the gap, I figured I just didn't have the horsepower to catch the other guy and would just have to hold steady in case he faded. It was kind of nice not to feel the pressure of a battle and I found myself getting a little leisurely at the final aid stations. Normally I blaze right on through but I was having a little trouble staying awake so I'd hang out for a minute or two by the fire, usually leaving with the funny combined taste in my mouth of coffee, bacon, and Halloween candy. One station even had delicious steak tips. 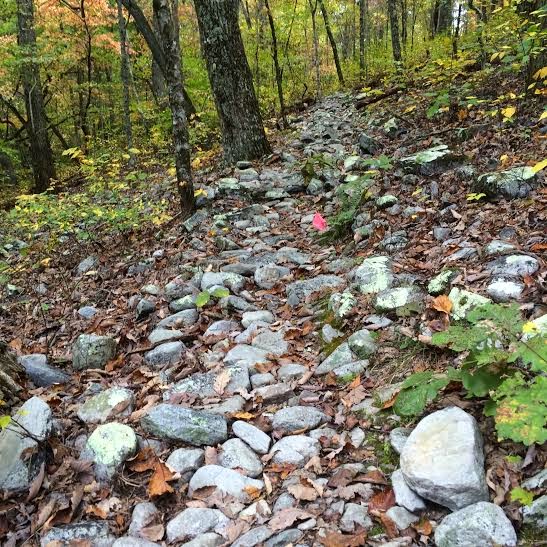 It was rather gratifying to glide by a few familiar spots where three years ago I just wanted to sit down out of exhaustion. This race could not have been a more different experience. While I was undeniably tired, there was no real sense of exhaustion or the frustration that comes from crashing and burning. The night was clear and chilly, a bit below freezing, and I shut off my headlamp for a while on some of the road sections, just to zone out on the patterns of my movement, watching my breath condense rhythmically in the air under the moonlight. I felt calm, mindful, in control, and genuinely happy. All was right with the world. It puzzles me how a sense of contentment, rather than being being driven by dissatisfaction, could carry me to my second fastest hundred mile time ever - on on a substantially harder course, too. Eighteen hours and fifty minutes after we all started, I crossed the finish and promptly fell asleep in a chair.

I want to make it clear that as much as I talk about Western States, I truly enjoyed Pinhoti in and of itself. I feel fortunate to have been able to cap my season with it and I'd recommend the race to anybody. That said, I did get everything I came for. 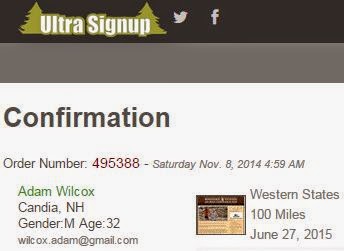