I've been stalling on writing this report for a long time, to the point where it's so late as to be almost irrelevant. Still, I dislike unfinished business and the race did have an important impact on my future plans, so this is worth doing. The time has given me some  perspective as well, so here goes... 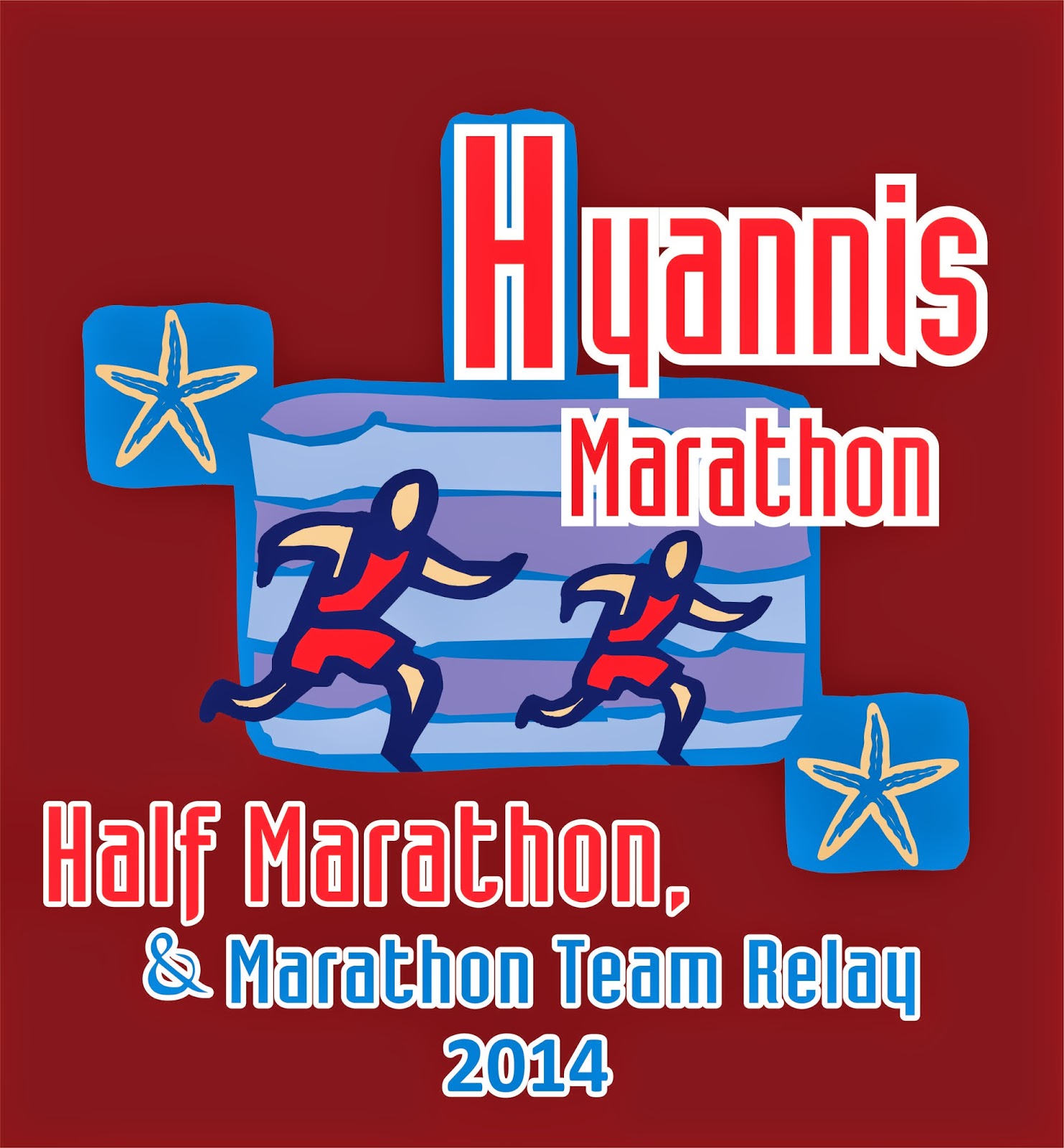 I set my old marathon PR of 3:06 in October of 2010. It qualified me to run the Boston Marathon in 2012, but no longer. In the following years my running strength grew and my races times dropped in every distance, but the marathon lagged behind. I tried hard multiple times, but that was only on race day, and it wasn't enough to overcome adverse weather, illness, and other excuses. The major mistake I made was not respecting the distance enough to make it a long term priority in my training. The marathon is a difficult distance to truly race; short enough to require sustained speed, but not so long that it's an exercise in disaster management like many 100 milers. One major mistake and your time, scrutinized in minutes, is in the gutter.

This time around, I dedicated a solid 21 week block of training, with the express purpose of going well under three hours at the Hyannis Marathon on February 27.The Jack Daniels' Marathon A Plan made the most sense to me, cutting through the other confusing and often contradictory training opinions out there. The gist of the program, outlined in the Jack Daniels Running Formula book, is to gauge your rough fitness level with a sample race that determines your "VDOT" score, measured in points. This determines what your target workout paces should be and suggests what an equivalent performance at other distances would be. As you progress through the four phases of the program you reevaluate VDOT and up the workout speeds as needed. 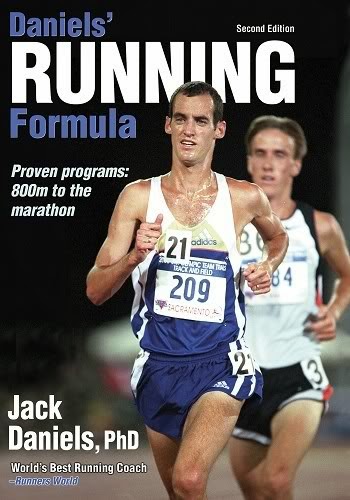 It's certainly worth buying and reading the whole book, but this gives a pretty good outline of the methodology: http://www.coacheseducation.com/endur/jack-daniels-june-00.htm

I ran a 17:09 5K on Thanksgiving, giving me a VDOT of 59 and the following training paces:
The upshot of all this was that I trained harder and smarter than ever before. My easy run pace dropped 30 seconds per mile, I put in some hard intervals on the track, and logged some brutal cruise interval runs on the roads. Each week had a target mileage, peaking at 70, with two or three workouts and the rest being easy recovery and aerobic running. Rather than haphazardly throwing in a "hard" run here, and a "tempo" run there, the workouts followed a logical progression; A base building phase, an intense speed building phase, a tempo phase, and a few weeks of marathon specific workouts. I was able to stick with them because I understood and bought-in to the purpose of each.

My favorite workout added up to well over 20 miles and would leave me feeling wiped out for the rest of the day. It went like this:


While I was fitter than ever, the program also set my expectations pretty high. Sub-3 seemed trivial and I had some objectively solid reasons to believe that 2:45 was a more worthy challenge. I was hitting the necessary workout paces and a strong run at the Boston Prep 16 Miler led me to believe that if I could average a 6:18 pace on a very hilly route without feeling stressed, surely I could hold the same pace for another 10 miles on a flat course. Hell, in Derry I was able to roll along the flats at 6:00 min/mile like it was nothing.

So when I found myself burning through the first two miles of Hyannis in 11:59 on a day with ideal weather, I knew I should back off but I wasn't too worried about it. I'm still poor at judging my running pace any more accurately than plus or minus 15 seconds per mile. By mile 3 I'd settled down into an even and sustainable 6:15, which I'd hold without trouble for the next 13 miles. The start might have been a waste of energy, but not by much I thought, and I could use a little time in the bank.

I passed through the halfway mark in 1:21:36, a personal best for the distance, and in fifth place with fourth intermittently visible up ahead. One difficulty at Hyannis is that it's a two loop course and if you're towards the front end of the marathon pack you suddenly find yourself alone as the half marathoners peel off to their finish. Running down Main Street, I started to wonder if I'd taken a wrong turn. The course was open to traffic and with no officials and few spectators, there was no clear sign for a little while that there was actually a race in progress.

Around mile 16 I started to feel the distance. This was expected, but when I started increasing my effort level  to compensate, the energy reserve I'd been counting on, that I'd felt was there during my other races and workouts, began to fail me. The pace drifted slowly upward; 6:39, 6:49, 6:52, 7:17... Just like that I lost over a minute per mile. Hopes of a 2:45, then 2:50 slipped away. My legs felt fine, no cramps or pain, they were just unresponsive. I think now that I likely had a fueling issue. Not that I wasn't taking in enough calories, but more that I could have trained to better to adapt my body to burning fat rather than carbohydrates. Soon enough I was in a full-on bonk. My mind said tempo effort while my watch revealed something more akin to recovery pace at over 8:00 per mile, and a handful of guys caught and passed me. At each one I'd throw in a short lived surge, trying desperately to catch a tow, but it was futile. I more or less lurched over the finish line in 2:54:25 for seventh place. 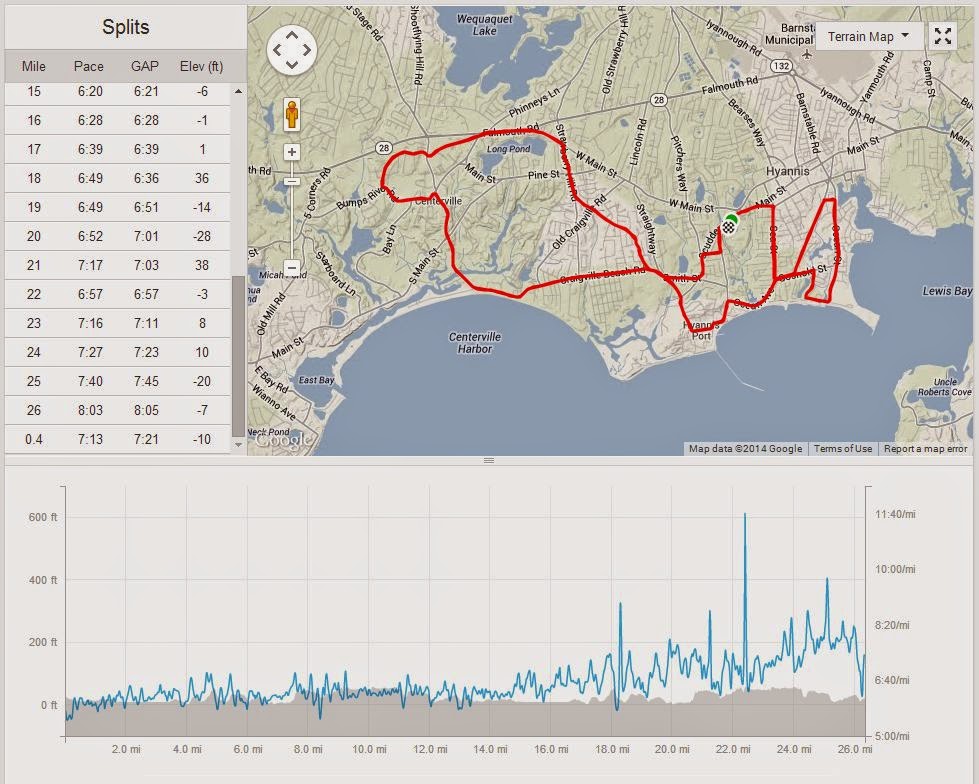 I shouldn't have felt disappointed after the race, but I did. For a while. 2:45 might have been too ambitious, and 2:50 was probably achievable if I'd gone out at a 6:30 pace and stuck with that but, with the benefit of a couple months perspective, I've let go of my regrets and focused on the positives. I cut 12 minutes off my marathon PR, gained some leg speed, and learned quite a bit about structured training that I'll be able to use for future races. My original goal was to run 2:59:59 or better and I did that by a wide margin. And with over ten minutes to spare for a Boston Marathon qualifier, I have a very good chance of making it to the start line in Hopkington for 2015. After this year's ultra season is finished, I'll take a little time off and then start over again.