I'm in love with American West. One by one, over the last few years, I've been slowly ticking off each state. Rather than a simple over-and- done-with checklist, I feel like I've barely touched on each in my brief vacation-time-limited visits. This year I got to spend some time in Colorado and do a little exploring.

Our first stop was Rocky Mountain National Park. While the park doesn't have a huge concentration of high peaks, it is very accessible from the Denver area (a quick escape!) and provides an opportunity for visitors of all ambition levels to see the mountains.

Shown below is a tourist road that brings you as high as 12,000 feet. It cuts through alpine tundra where, even in August, the snow cornices of winter haven't completely melted. It also includes the requisite visitor center and gift shop, which I have mixed feelings about given the location. 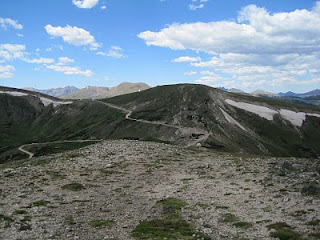 Beyond the RV and tour bus staples of cheap trinket hawkers, scenic turnouts and interpretive nature trails, the park has a very dense concentration of accessible alpine climbing. Unfortunately, climbing was not in the cards for me on this trip. 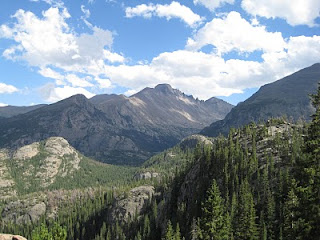 We did, however, get in some light hiking on Long's Peak. Catching a sunrise like this requires an alpine start. 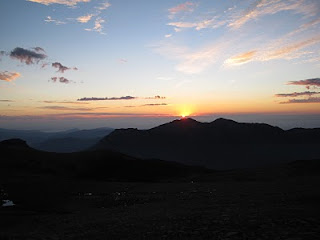 Later on, an approaching thunderstorm turned us around before we got too far. After a harrowing experience with lightning above treeline earlier this summer, I didn't feel like pushing my luck. Of course, once we had reversed course and gone back far enough to be committed to going down, things began to clear up. Weather patterns here are not the same as in New England. 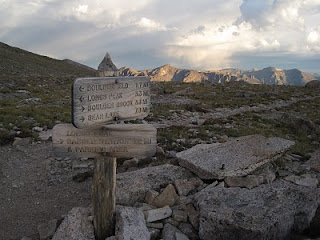 The thunder didn't seem to bother the ptarmigan too much, though. 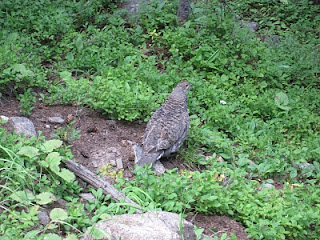 On our way down we stopped to scope out the fabled wall of the Diamond, in all its glory. Big wall climbing at 14,000 feet. 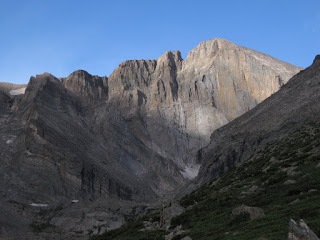 Back in nearby Estes Park, mule deer in an intersection resulted in a solid 20 minutes of pandemonium. I haven't decided which is more erratic, a rental ca traffic jam or a herd of semi-skittish wildlife. It was damn fun to watch from the deck of a nearby Mexican restaurant, though. 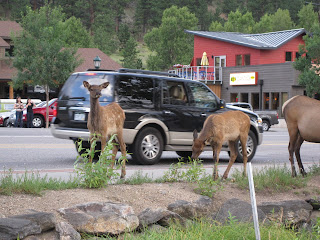 Our next stop was in Leadville where we got to check out an old ghost town near Hagerman Pass. This place was once known as Douglass City, where immigrant railroad workers were housed. Read the sign below for a description of some of the Wild West stuff that went on here. 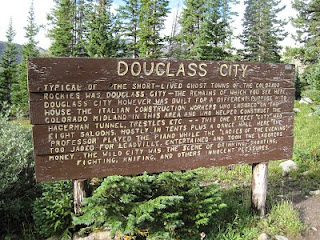 There's not a whole lot left of the place beyond some collapsing cabins and iron bits strewn about. 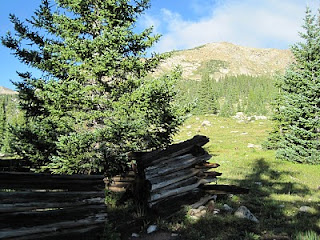 A ways uphill from the ghost town was the old Hagerman Tunnel. "DANGER DON'T ENTER"... 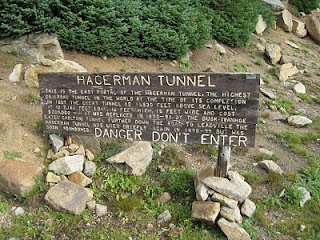 ...so of course I did, being such a rebellious free-spirit and all (or something). There was a three foot layer of ice coating the floor of the tunnel, which I thought was really cool. Not having a headlamp, I didn't go any farther than the partial collapse up ahead. 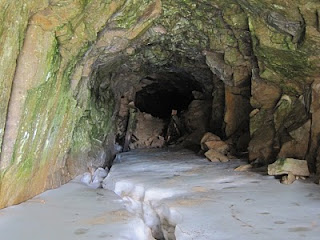 The next day we took a rather long drive to the Black Canyon of the Gunnison. To get here you drive through miles upon miles of cow-country, with no forewarning that such a huge gash in the earth is lurking somewhere up ahead. This place was nice and mellow for a national park, with no concessions and minimal development. It's also one of the more legendary climbing destinations in the U.S. 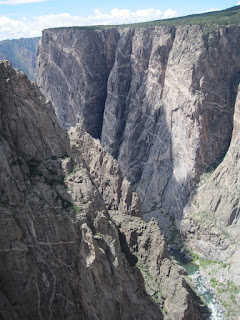 There are some pretty cool view locations in the Black Canyon that let you get right up to the edge for a peek into the bottom. 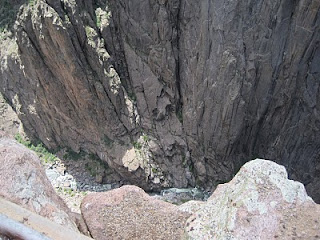 Then it was back to Leadville, where I joined up with buddy Nate for a little run up Mt. Sherman, my first Fourteener. Our route followed an old abandoned transmission line up a loose gully. 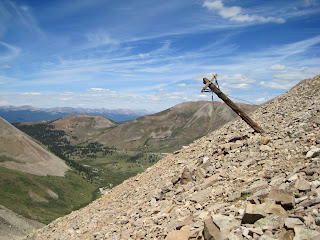 After some huffing and puffing in the altitude, we gained a ridge where the views improved. 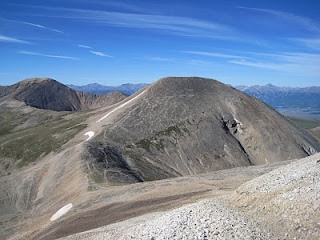 Looking back toward the city of Leadville, at 10,200 feet it's the highest city in America. 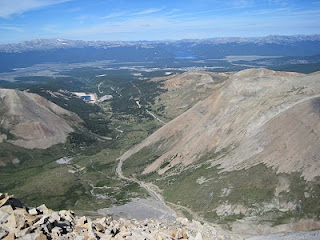 View from the summit. 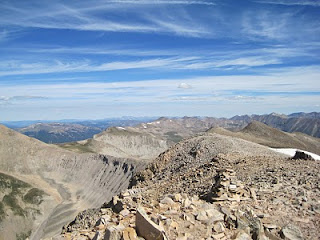 Later on, Nate and I made another run - this time up over Hope Pass on the Leadville Trail 100 course. Nate went on to finish that race in under 23 hours later in the week.

Along the way we discovered an old ruined cabin and I just had to investigate. 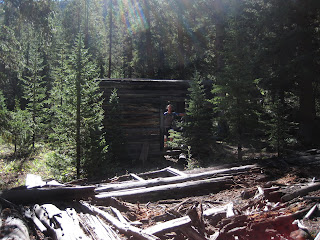 A bit further, we begin to break out above treeline for some sweet running on alpine single track. 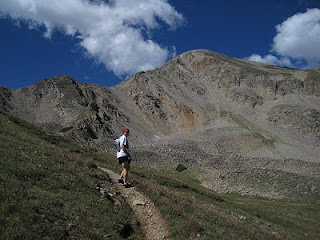 Finally, we reached the top of Hope Pass and were rewarded with the view from the top. 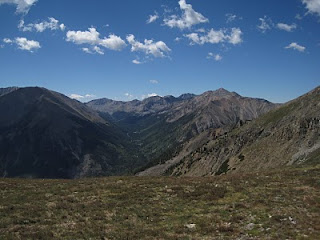 While the scenery is gorgeous, if you're going to take it all in from your car, please remember to stay in the right hand lane. Perhaps this explains all the left-lane campers on the highway here. 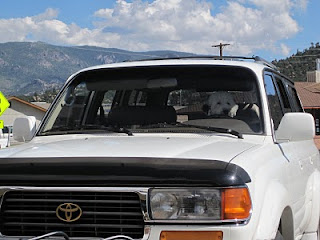 Remember kids, "drive right, pass left". It's not that hard.

Though our trip seemed short, I got enough of a taste of Colorado to know that I'll be back, probably not for Leadville, but the HardRock 100 in the San Juan Range has a persistent hold on my imagination right now...
Posted by Adam Wilcox at 8:05 AM