At first glance, it looks like there's two weeks between Western States and Hardrock. Some years there's nearly three weeks, but not the way the dates fell in 2015. Looking closer, you realize that Western States takes nearly an entire day to complete; finishing on a Sunday while Hardrock, with it's 48 hour cutoff, necessitates a Friday start. So in reality I only had 12 days of recovery between the end of the first race and the start of the second. The closest together I've done a pair of hundreds is four weeks back in 2011 between the Maine Hundred Mile Wilderness and Wasatch Hundred, so this would be entirely new ground.

San Francisco has long been a city I'd like to explore more, and I budgeted an extra day in California to check things out before my flight to Albuquerque. Alone and generally unattached, I was able to walk (slowly) around exploring the city at a more leisurely pace than I'm used to. Refreshingly, I had nowhere to be. When I left my friend's apartment in the Mission District it wasn't really clear how far I'd make it with the usual post-hundred soreness and stiffness in my legs, but I found that they gradually loosened up over the course of a few hours. By the end of the day I covered nearly ten miles with some halfway decent elevation gain and wasn't hobbling so much. Active recovery really works.

It's a pretty city, but what I found most surprising was that San Francisco smells more like urine than even Boston. You won't read that one in the tour guide. 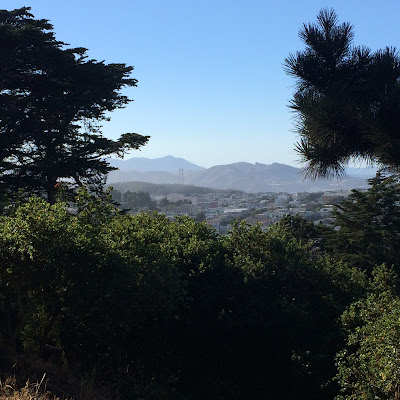 Next stop: New Mexico. Albuquerque is a short, non-stop flight from SFO, the rental cars are cheap, and it's substantially closer to Silverton, Colorado than Denver is. Plus, there's some surprisingly good alpine terrain up near Taos to explore. My legs were still pretty beat, but I was able to hike well.

Then I ventured north in Colorado, closer to the Hardrock course for some more hiking.

And back south to Albuquerque again to pick up my family at the airport.

Albuquerque was almost exactly like it looks in Breaking Bad and I even drove past Walter White's House. I'd have taken a picture but people live there now and they were hanging out on their front and I didn't feel like being a jackass. Apparently they've been having problems with fans throwing pizzas onto the roof.

By the time my brood and I rolled into Silverton my legs were feeling better than expected and I even managed to get in a test run or two. I was definitely still tired, but making it one hundred miles around the San Jauns in less than two days was looking feasible.