I will never get to experience all the running routes that interest me, even within New England. Sometimes this keeps me up at night but the bright side is that I will never run out of places to explore. The Grafton Notch Loop is one of those routes that's been on my radar for quite some time but never seemed to slot well into my schedule. At 39 miles, the route is a long day for anyone and involves at least six hours driving for me. When one day things did happen to work out, I did my best to make the commute interesting. 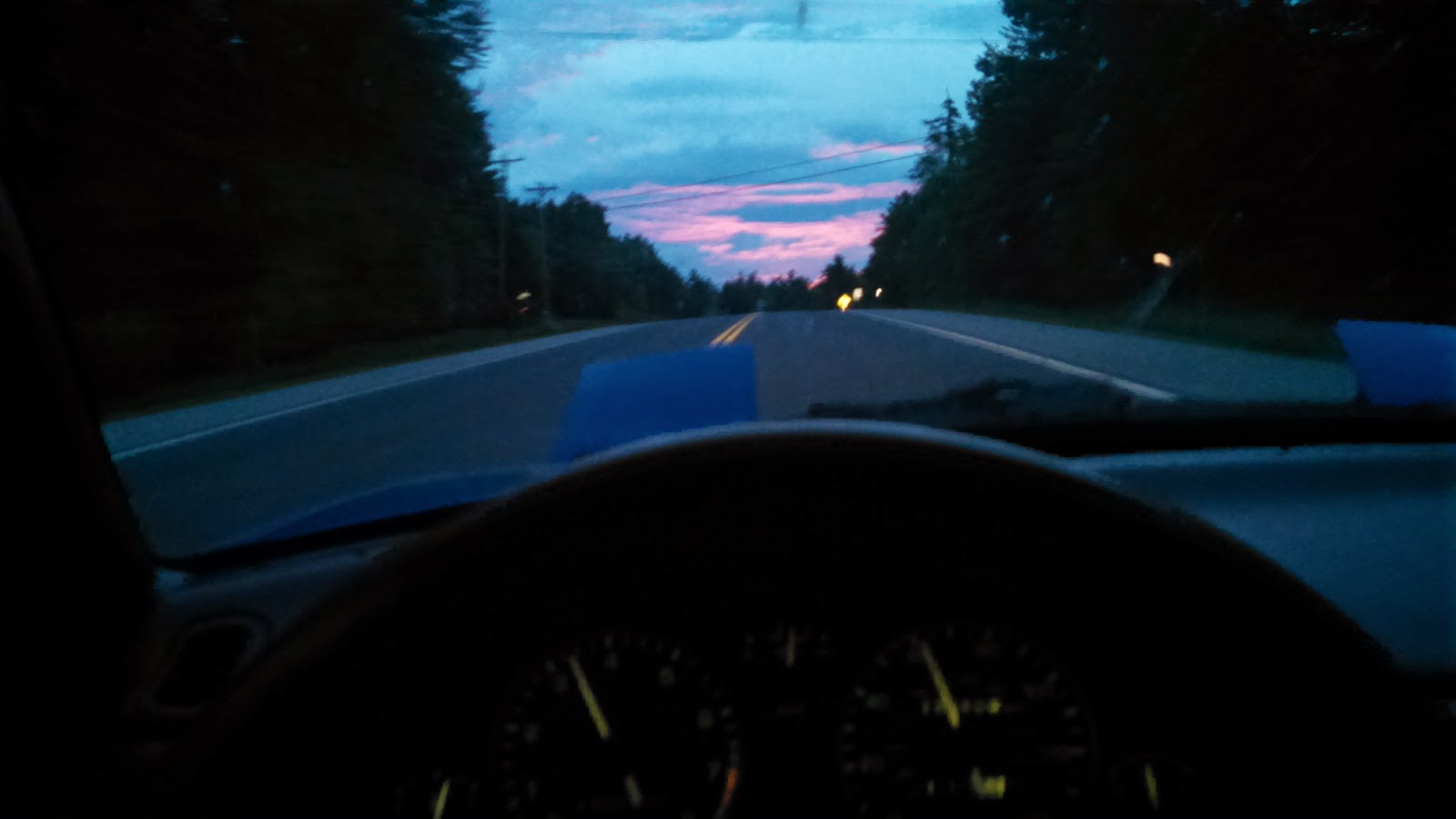 Joining me was my good friend Ryan. When planning our day, for some reason I got it stuck in my head that there was only 9,000 feet of climbing and so I figured an 8 hour time at a training-pace was reasonable. As it turned out, the vertical gain was closer to 12,000 feet and we took a bit longer than that. 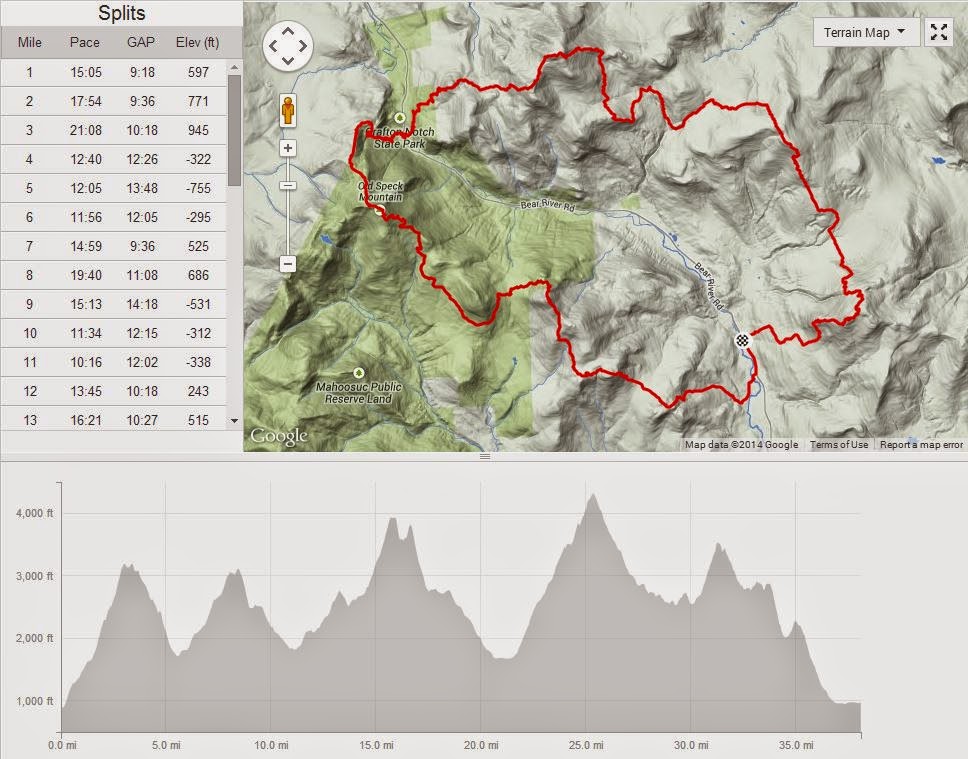 After caching some water at the Old Speck Trailhead we got started from the southern road crossing on Maine route 26, opting to do the longer eastern half of the loop first. The idea here was to only refill our water supplies once at the north end by saving the shorter western half for the hot part of the day while also saving the most runnable terrain for the end.

Our first peak was Puzzle Mountain and it provided a pretty quick appetizer view for what was in store later on. 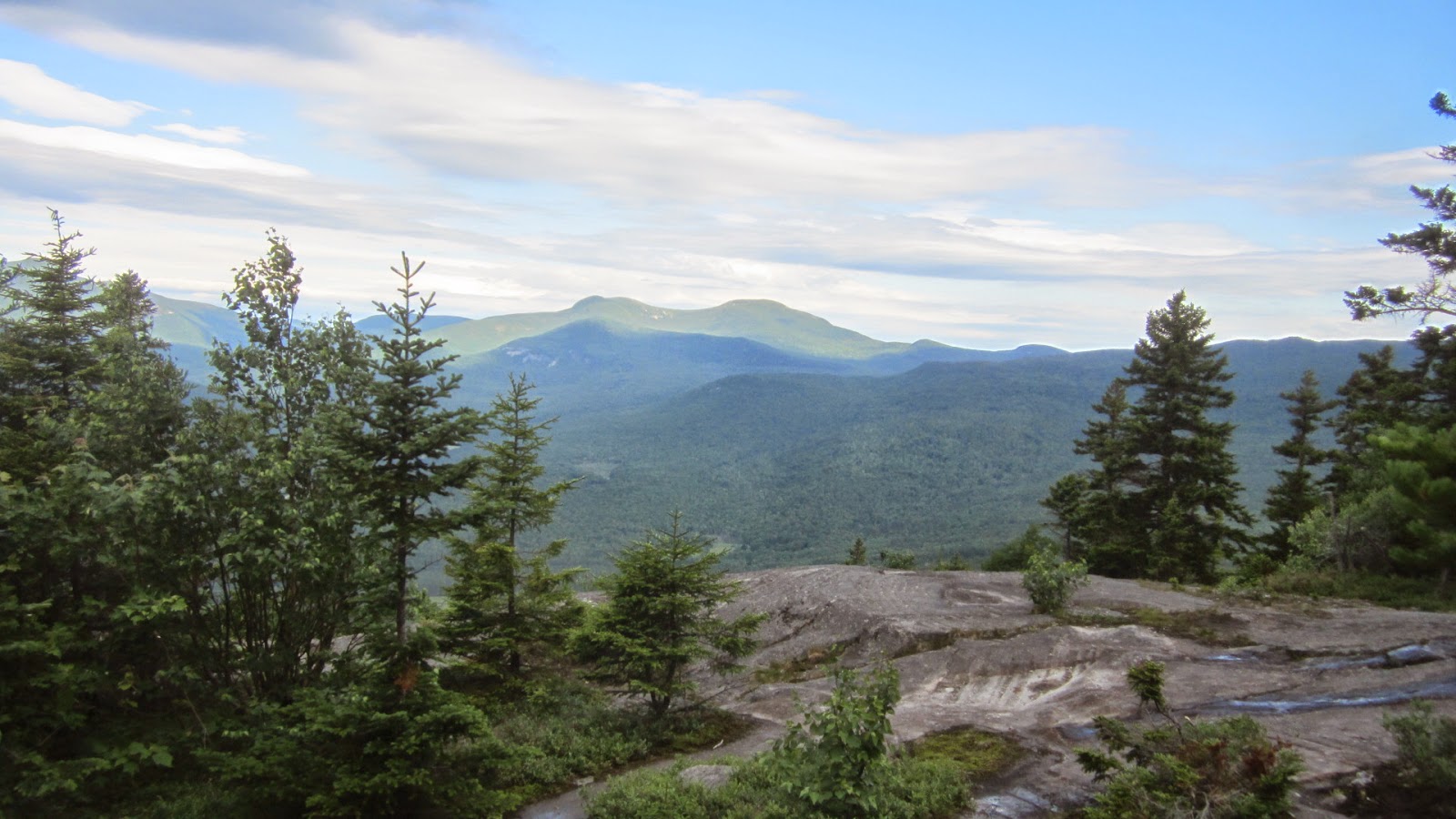 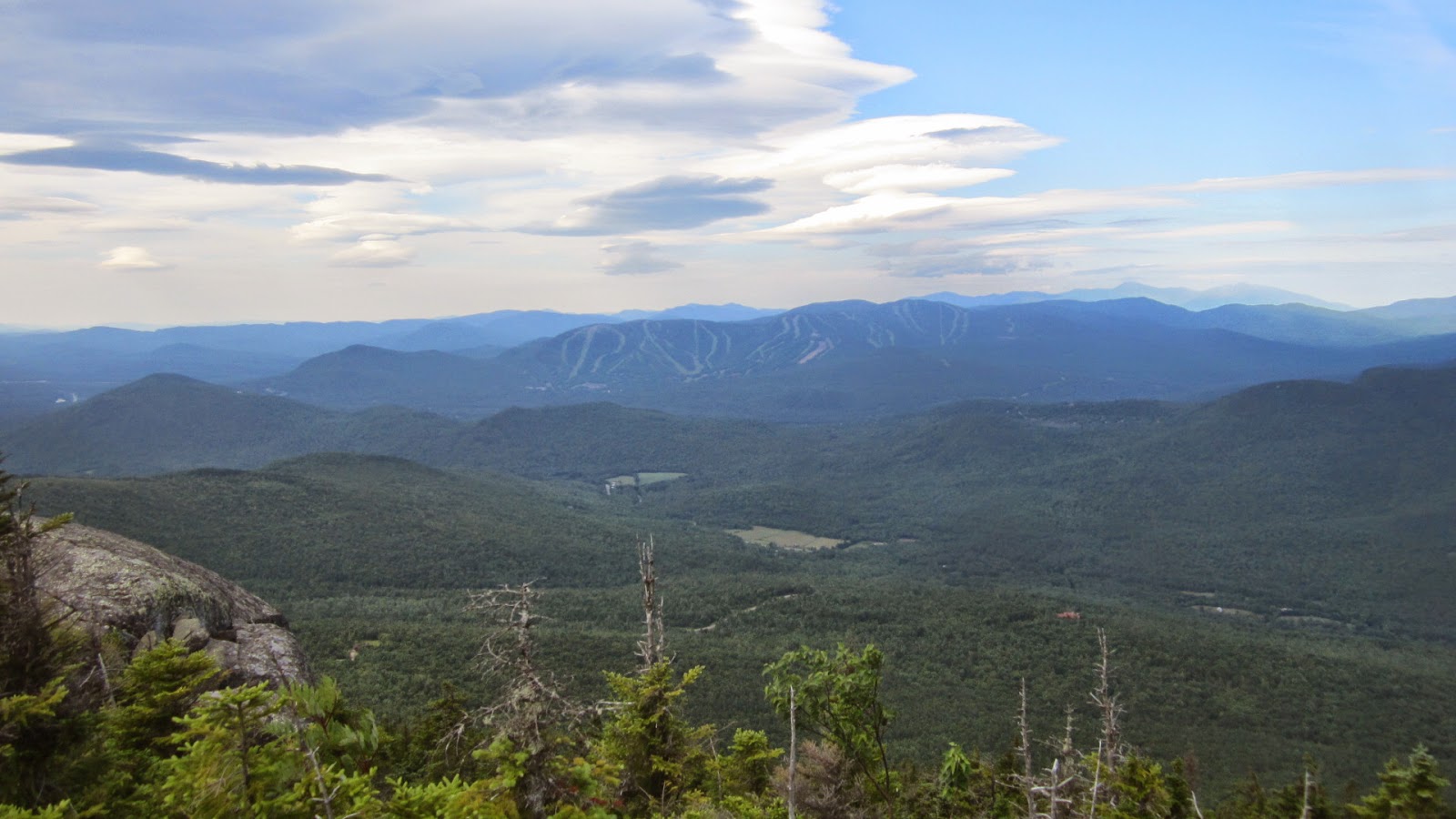 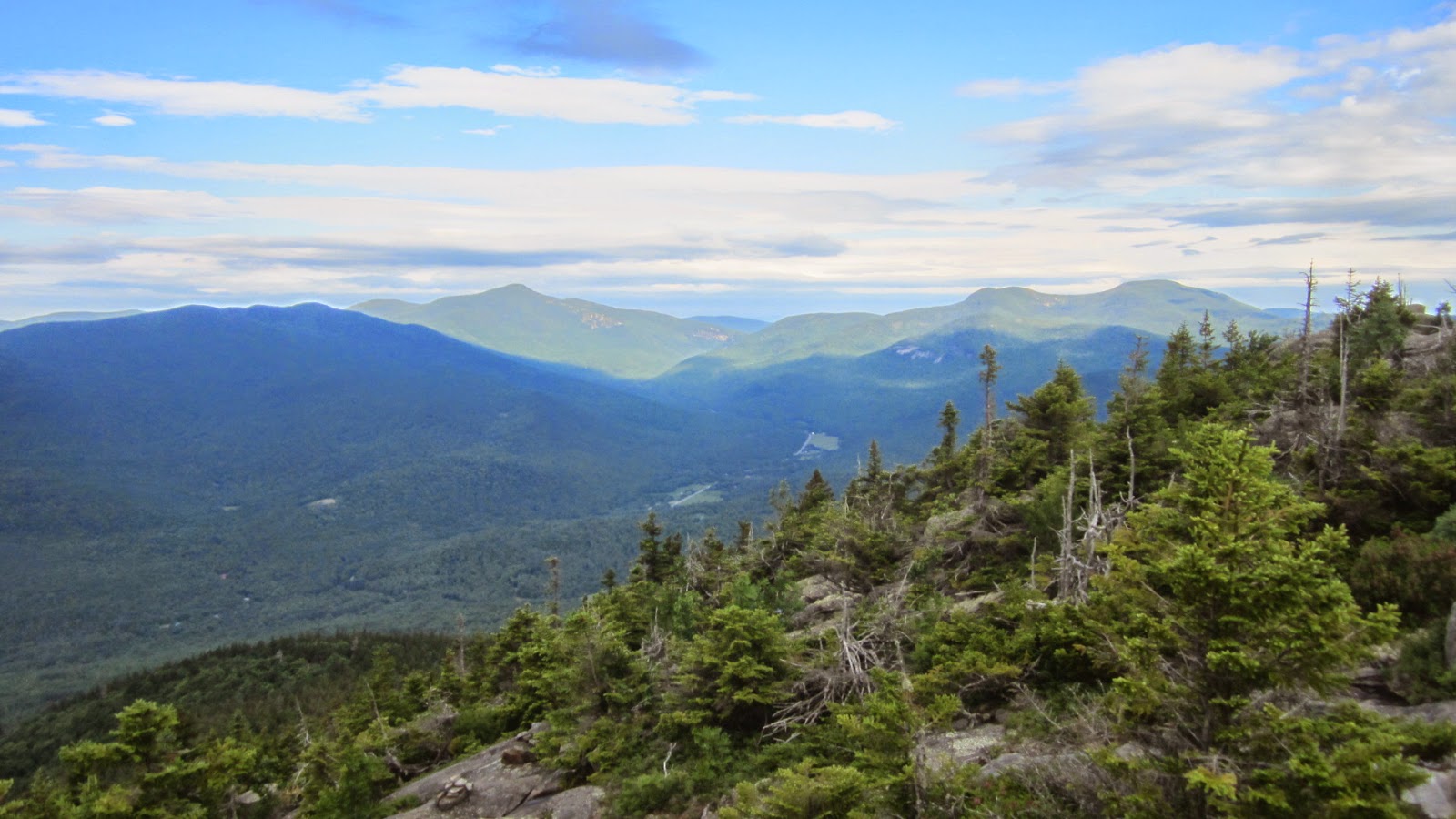 Most of the trail was fairly new and, though a bit wet and muddy, not nearly so rocky and eroded as many more popular areas. I was surprised at how much actual running we were able to get in, though there were quite a few small climbs that began to quickly add up. 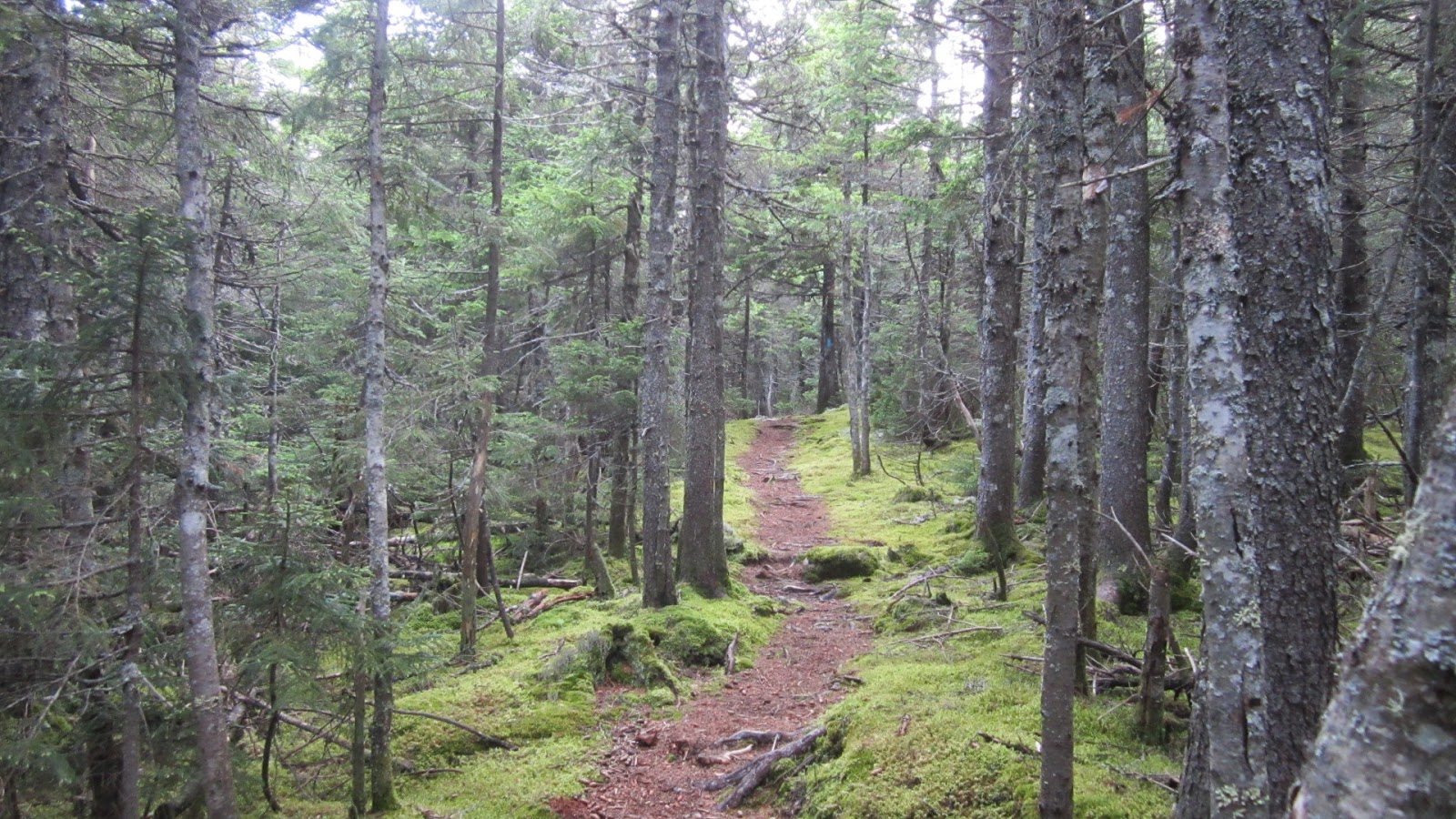 Most of the route was pretty meandering and it took a while before we got to the real meat of the climb going up to the Baldpates where we'd join Appalachian Trail for a while. 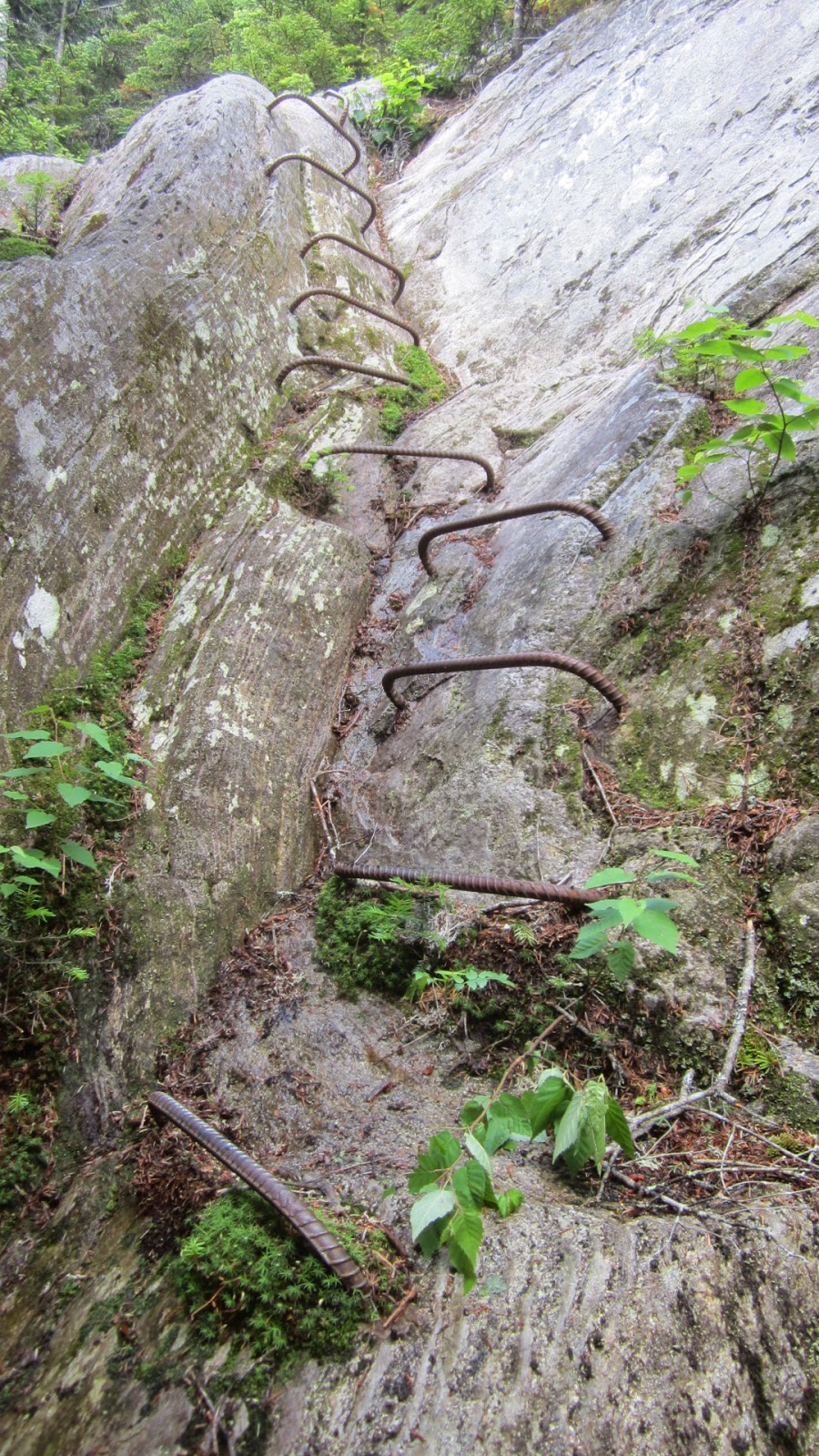 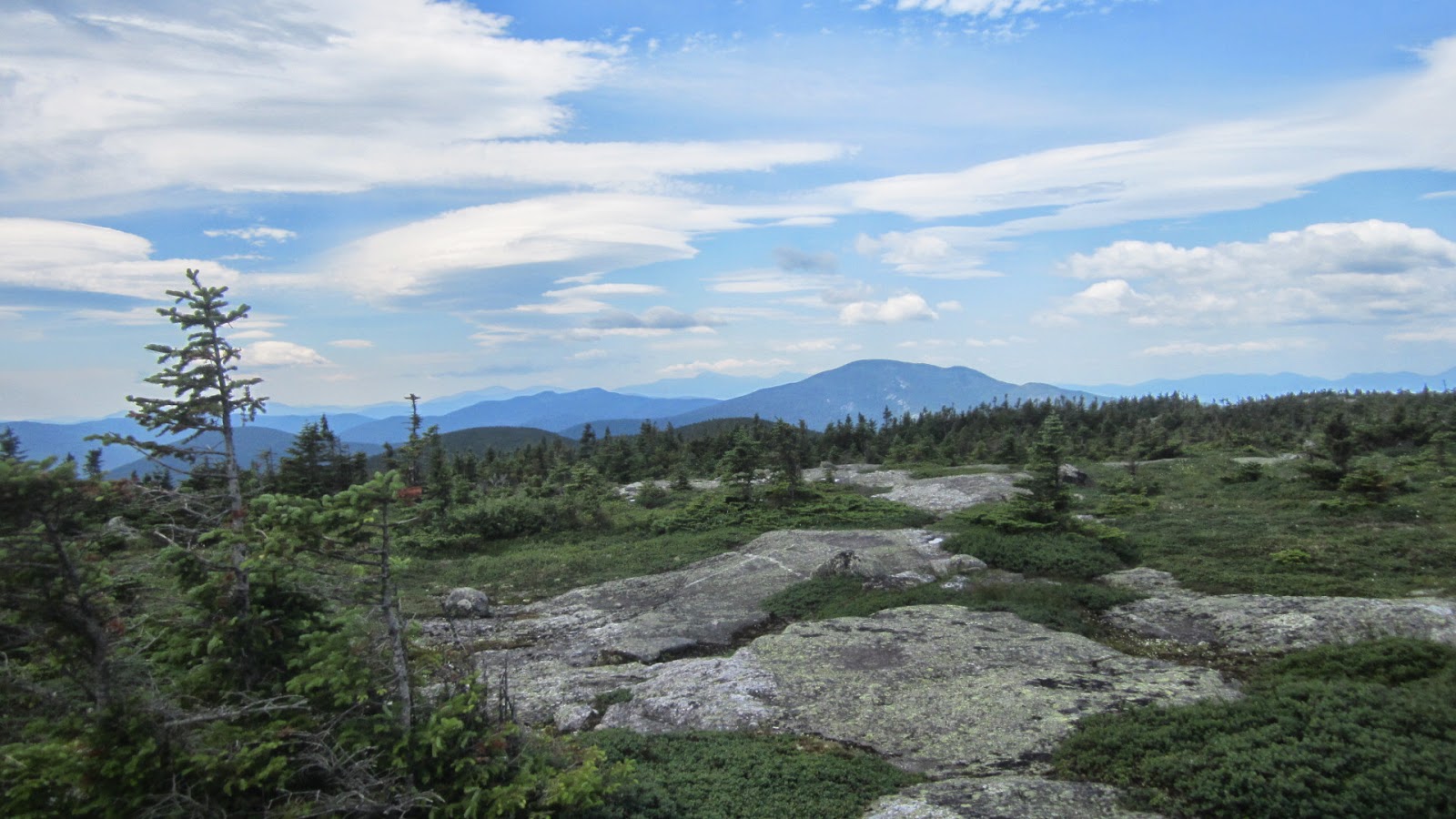 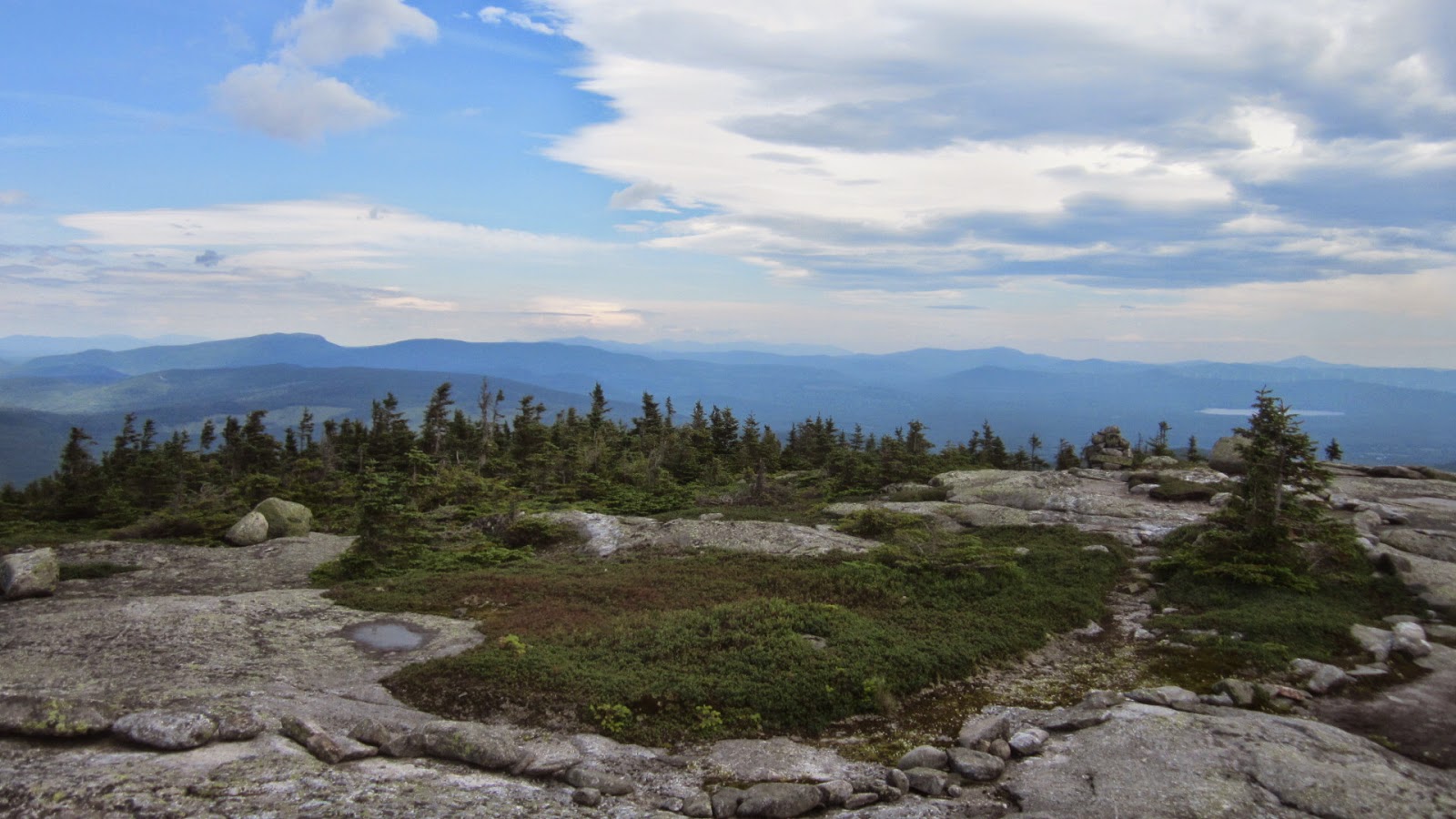 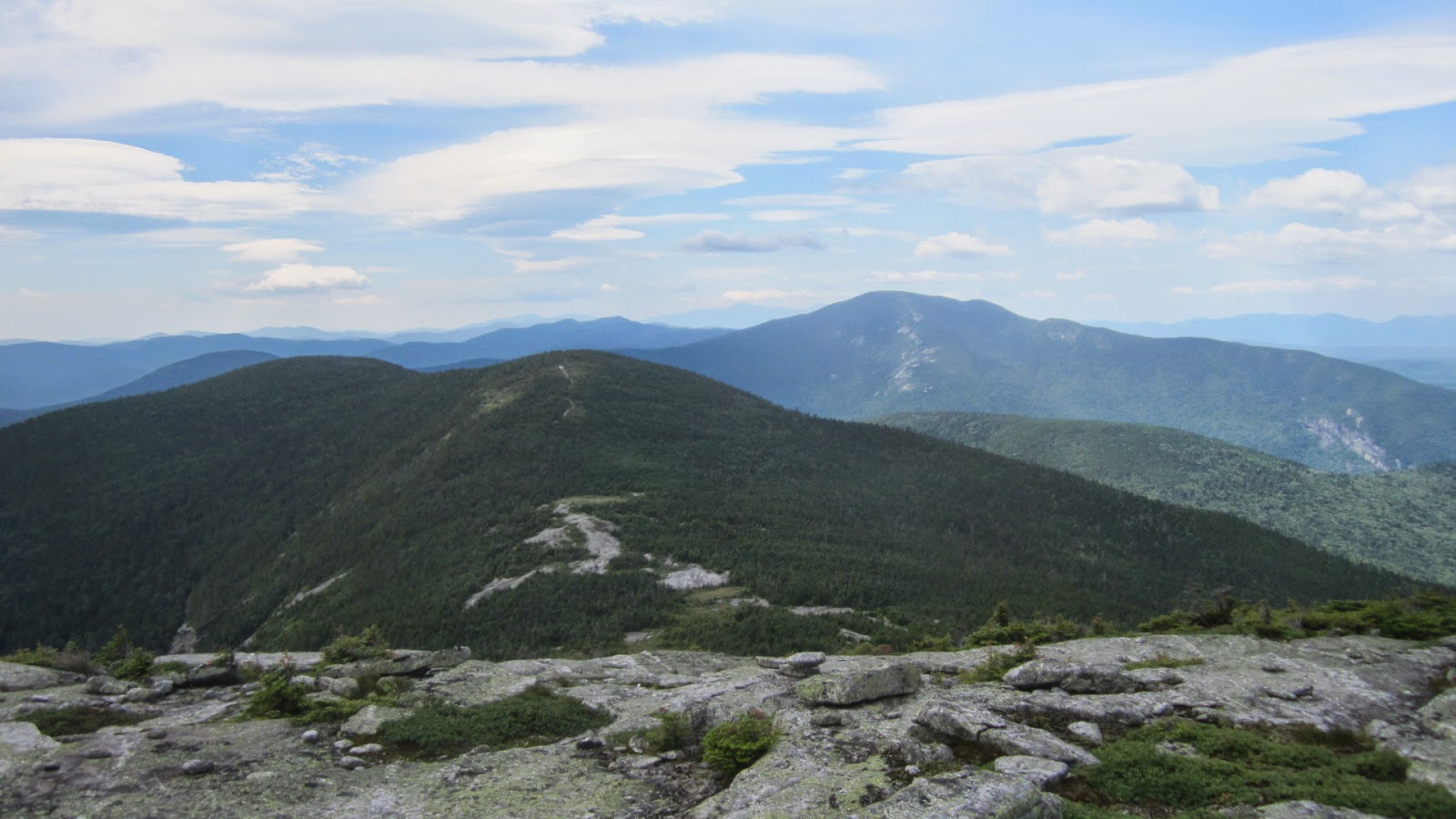 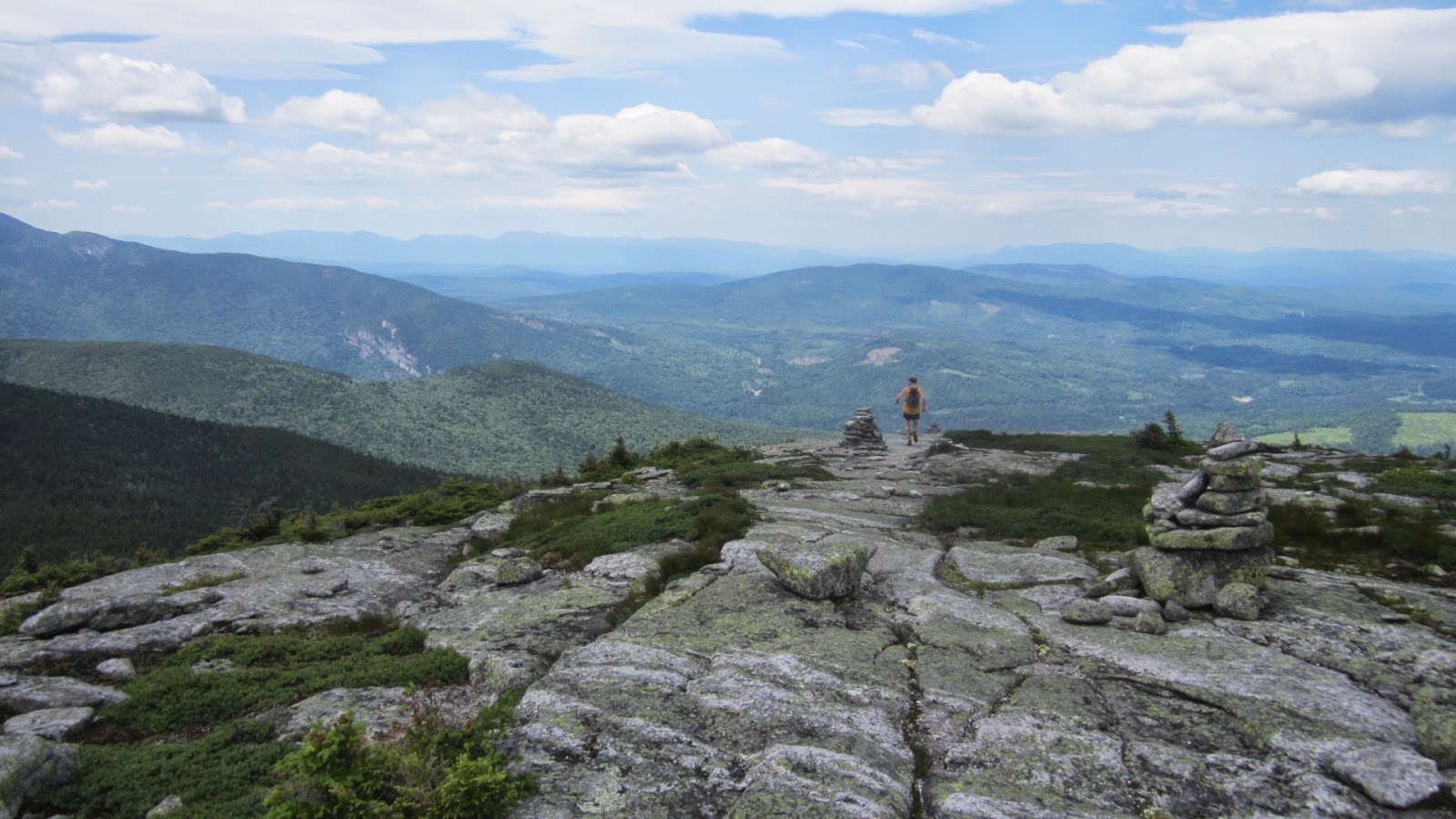 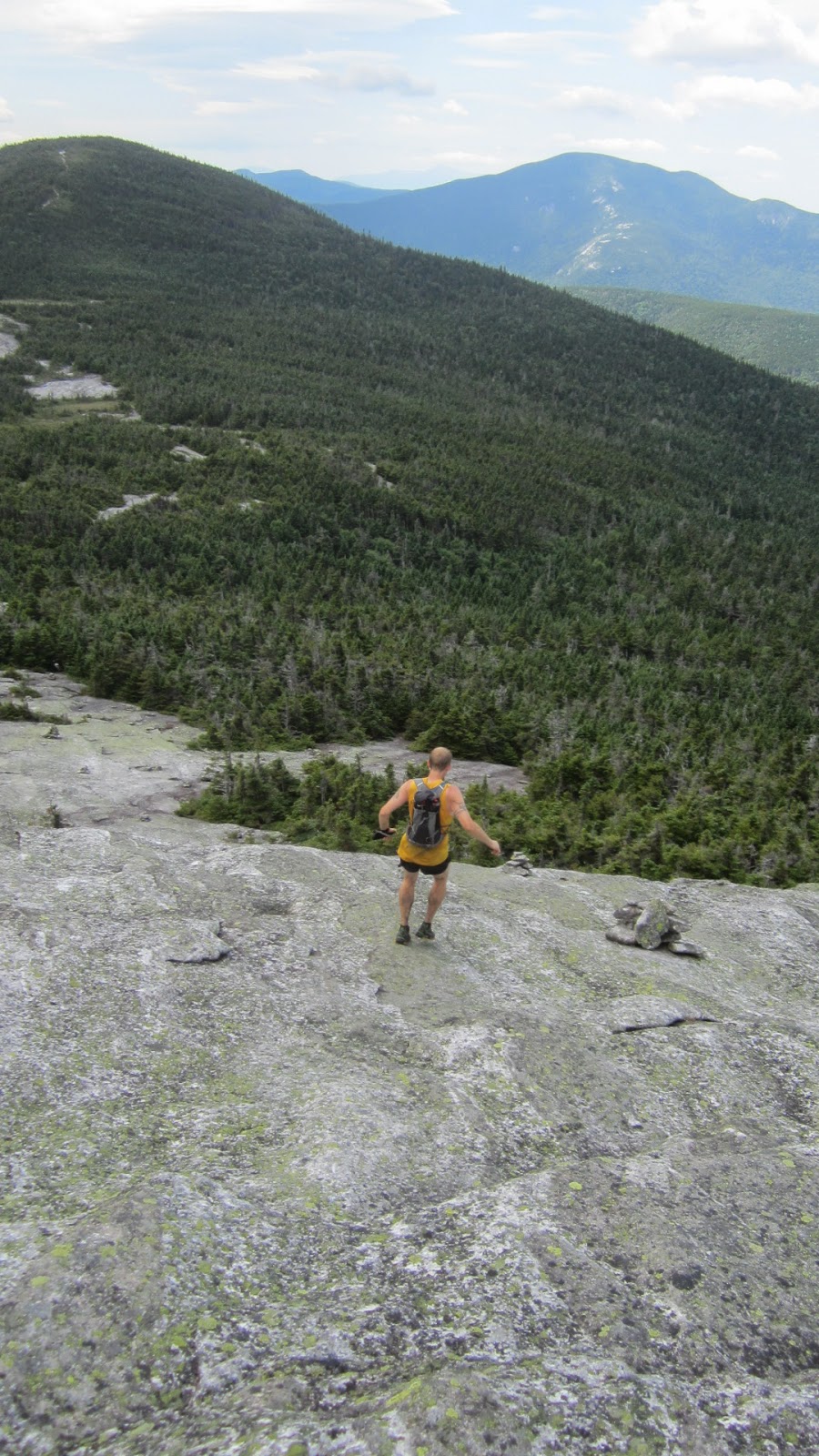 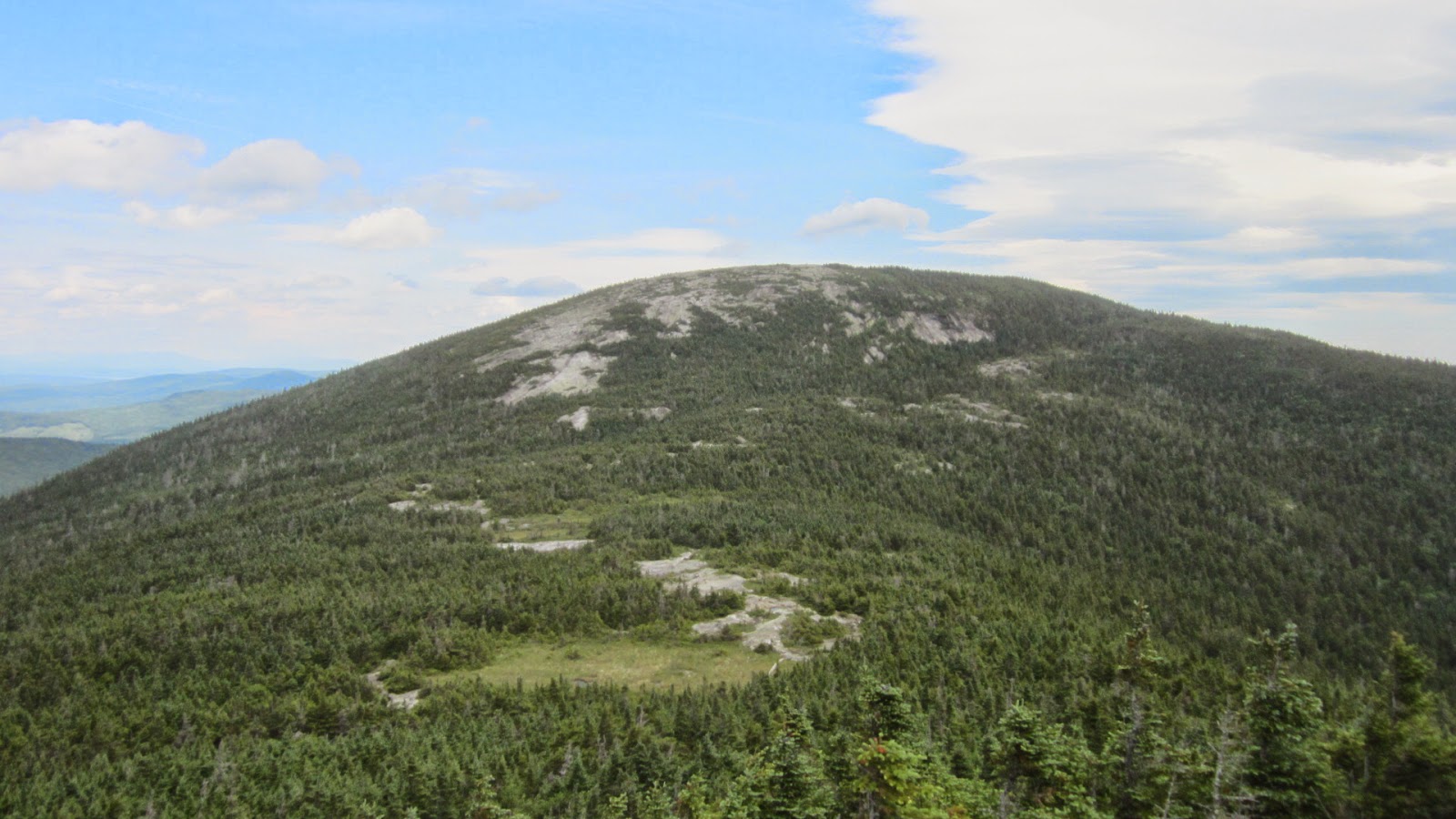 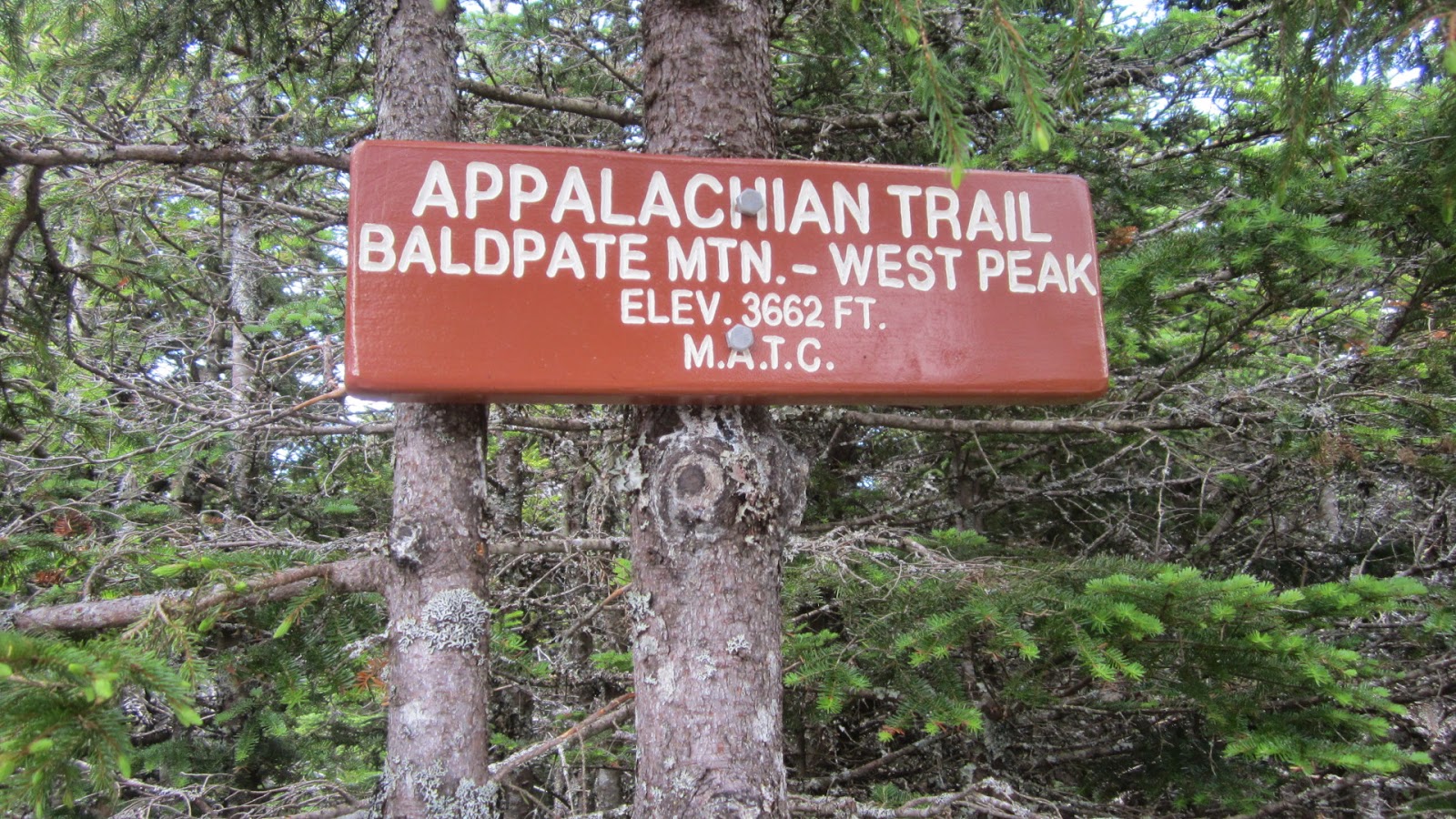 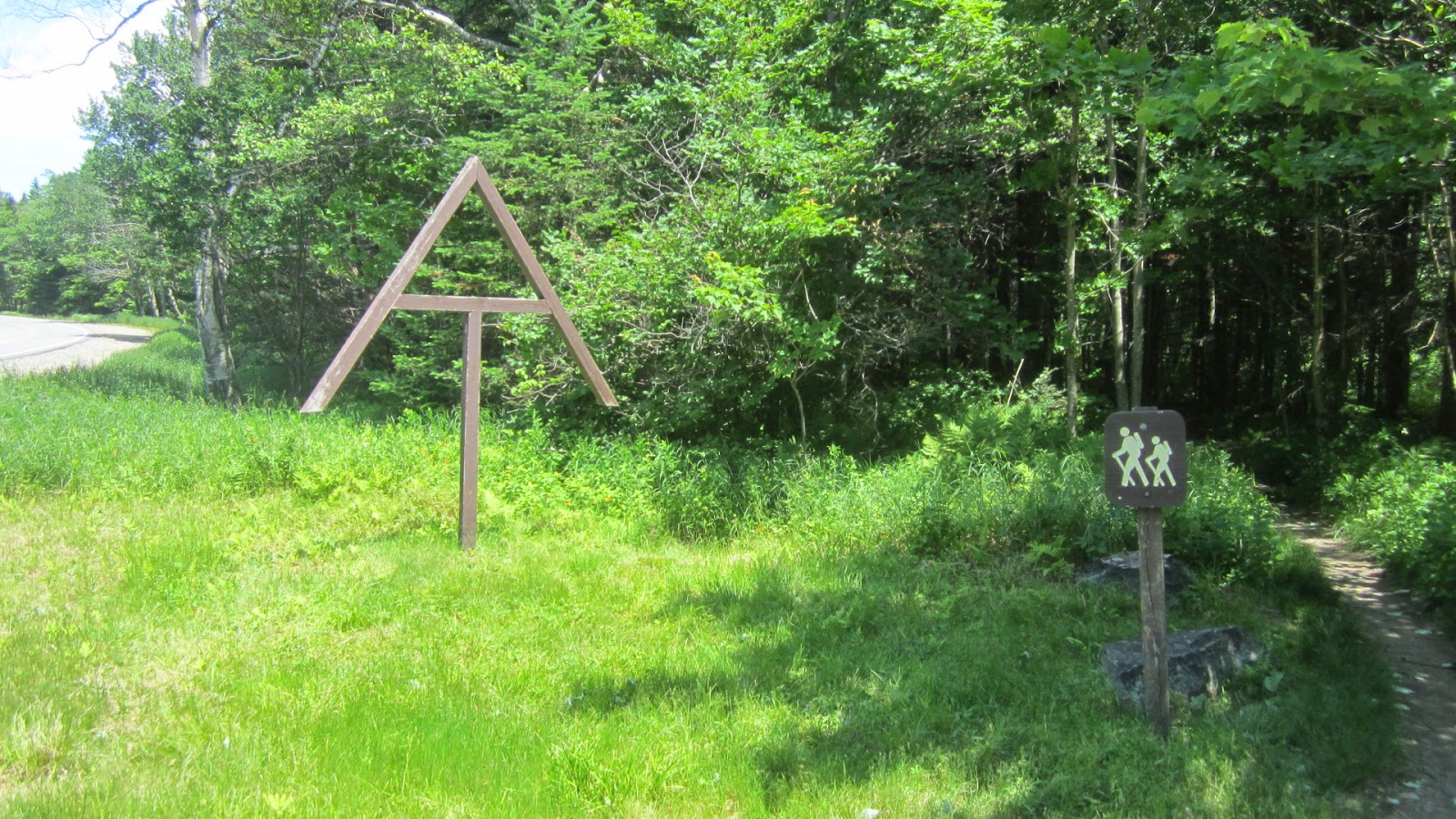 We reached the Old Speck Parking lot in five hours, six minutes and took a short break to tank up on water and a splash of fuel. At this point the barometer on my watch was reading 7,200 feet of elevation gain and I began to get the sense that we were in for a longer day that we'd originally planned. 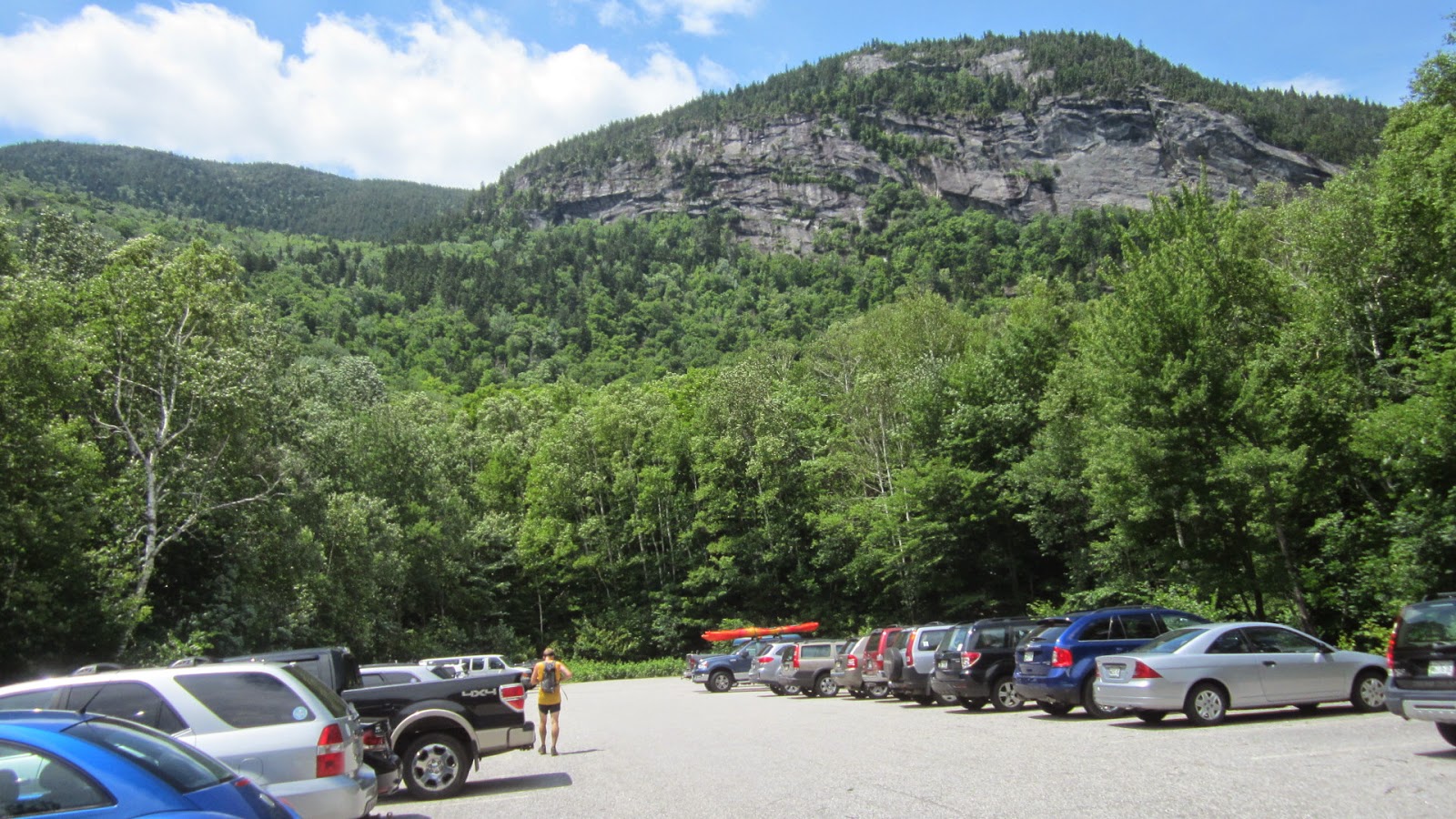 With stomachs sloshing full of chugged water it took us an hour and fifteen minutes to summit Old Speck, about fifteen minutes longer than it took me at the start of my Mahoosuc Traverse last summer. 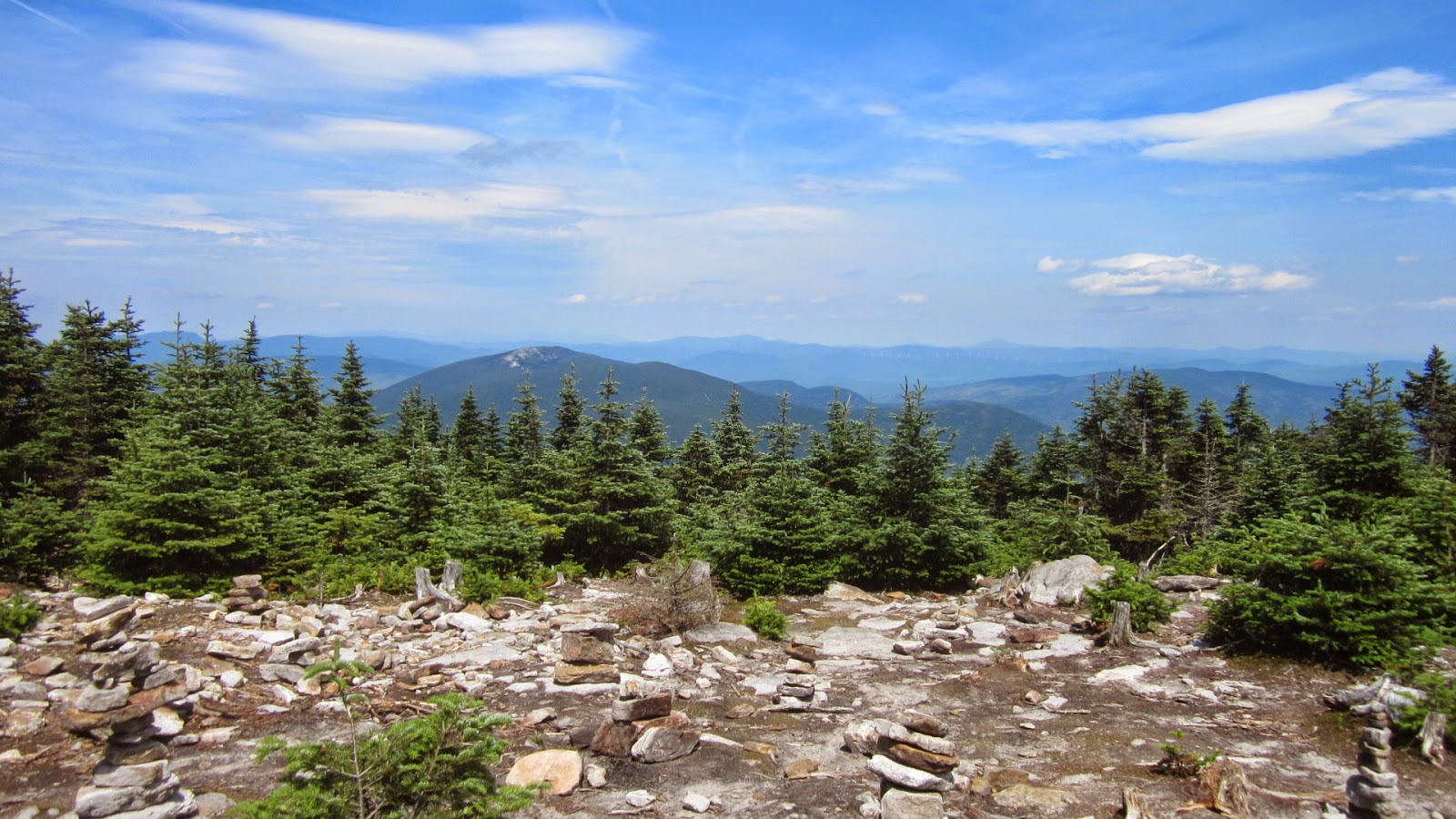 Ryan takes a moment to care for his feet. 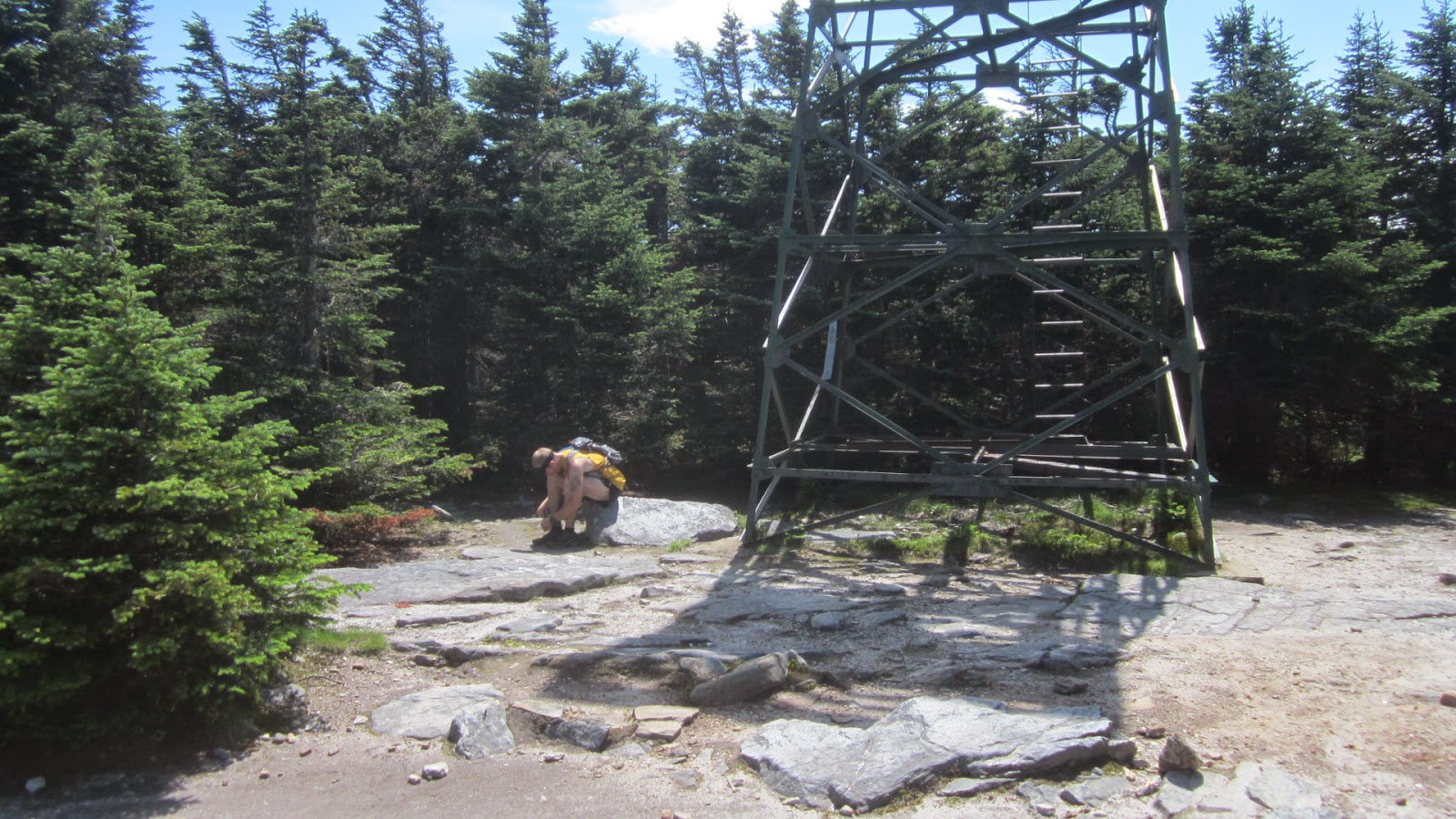 The trail down the south side of Old Speck has a remarkably different character than the heavily used north side. As soon as you exit the summit clearing the trail goes from the typical rocky, eroded mess to narrow singletrack on a soft dirt bed (with switchbacks even!) There were some token rooty and rocky sections to keep things interesting but were were able to get into a solid rhythm and cover substantial ground.

Ryan and I were both feeling the heat as we climbed up the open ledges on Sunday River White Cap, which had even better views than the Baldpates. It was becoming clear that the two liters of water we each had wasn't going to get us back to the car and we were happy to have brought a filter so we could fill up at the Sargent Brook Campsite without worry about getting sick from the abundant moose poop on the ground. 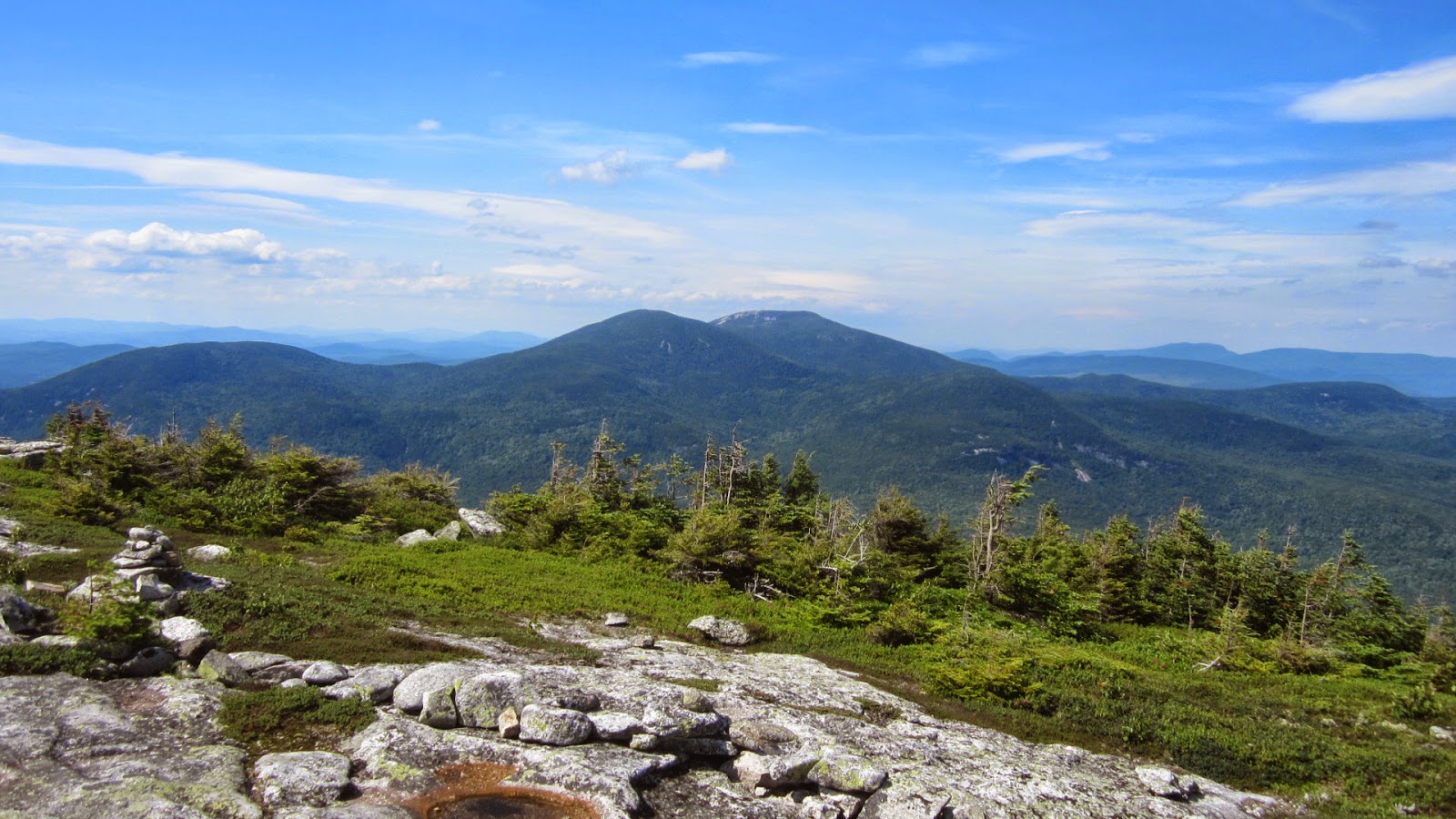 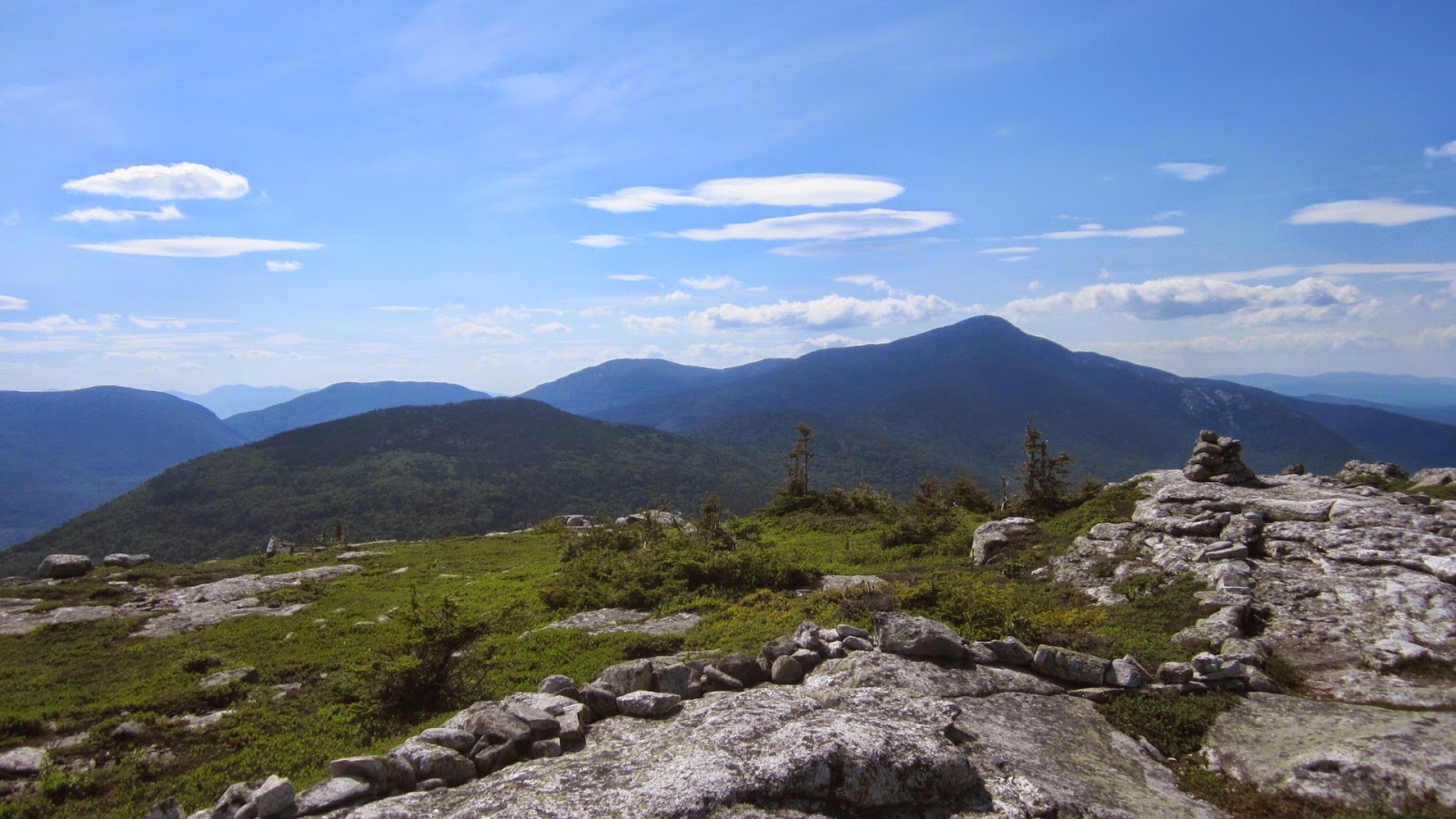 A lot of the stone and boardwalk work in the alpine zone reminded us of Goose Eye Peak on the nearby Mahoosuc Range. 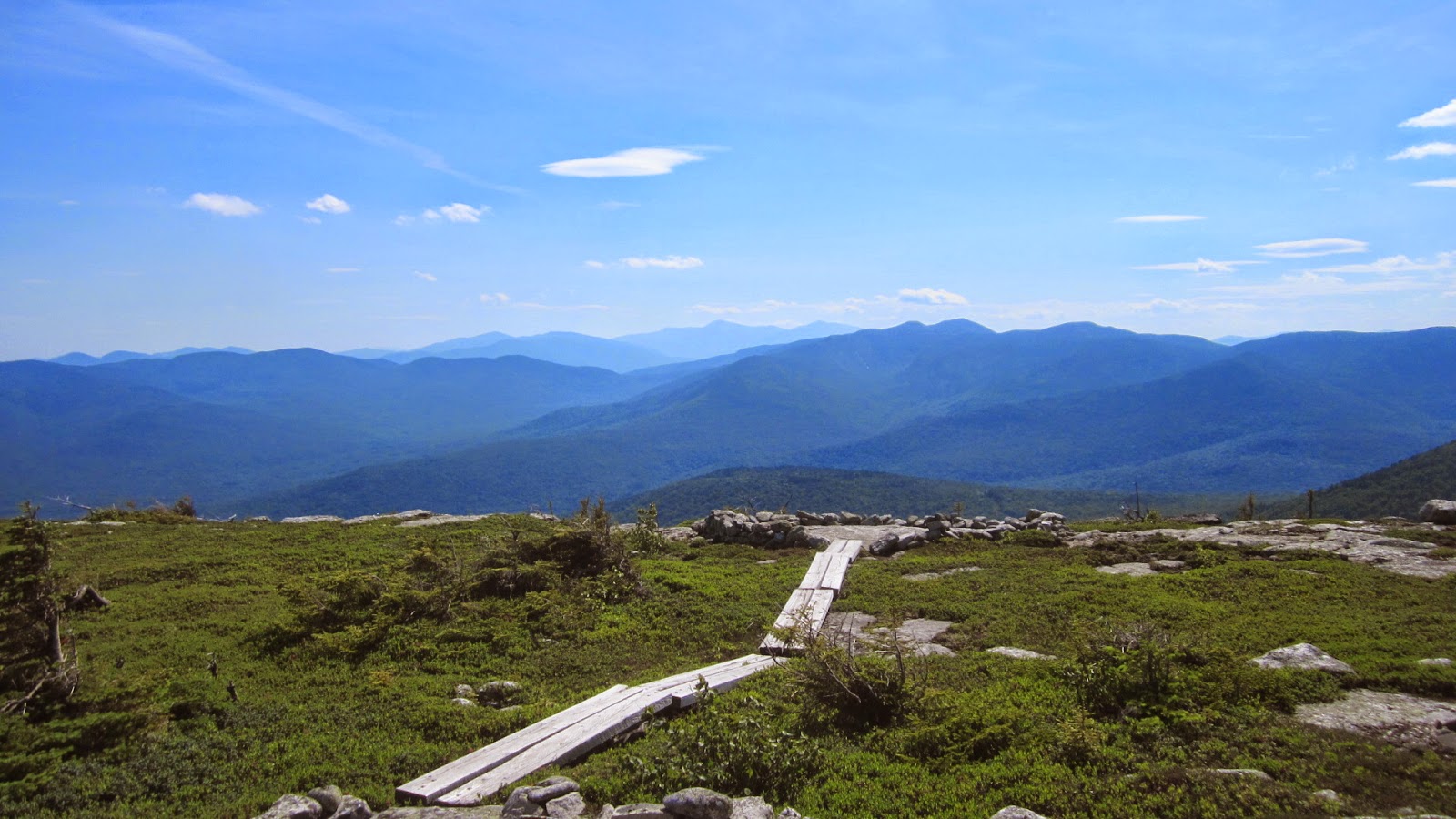 The remaining miles seemed much longer that what the trails signs indicated but after endless descending and meandering on old logging roads we finally crossed the snowmobile suspension bridge over the Bear River in the bottom of the valley and made short work of the last half mile of road running to get back to the car in 9:29:30. 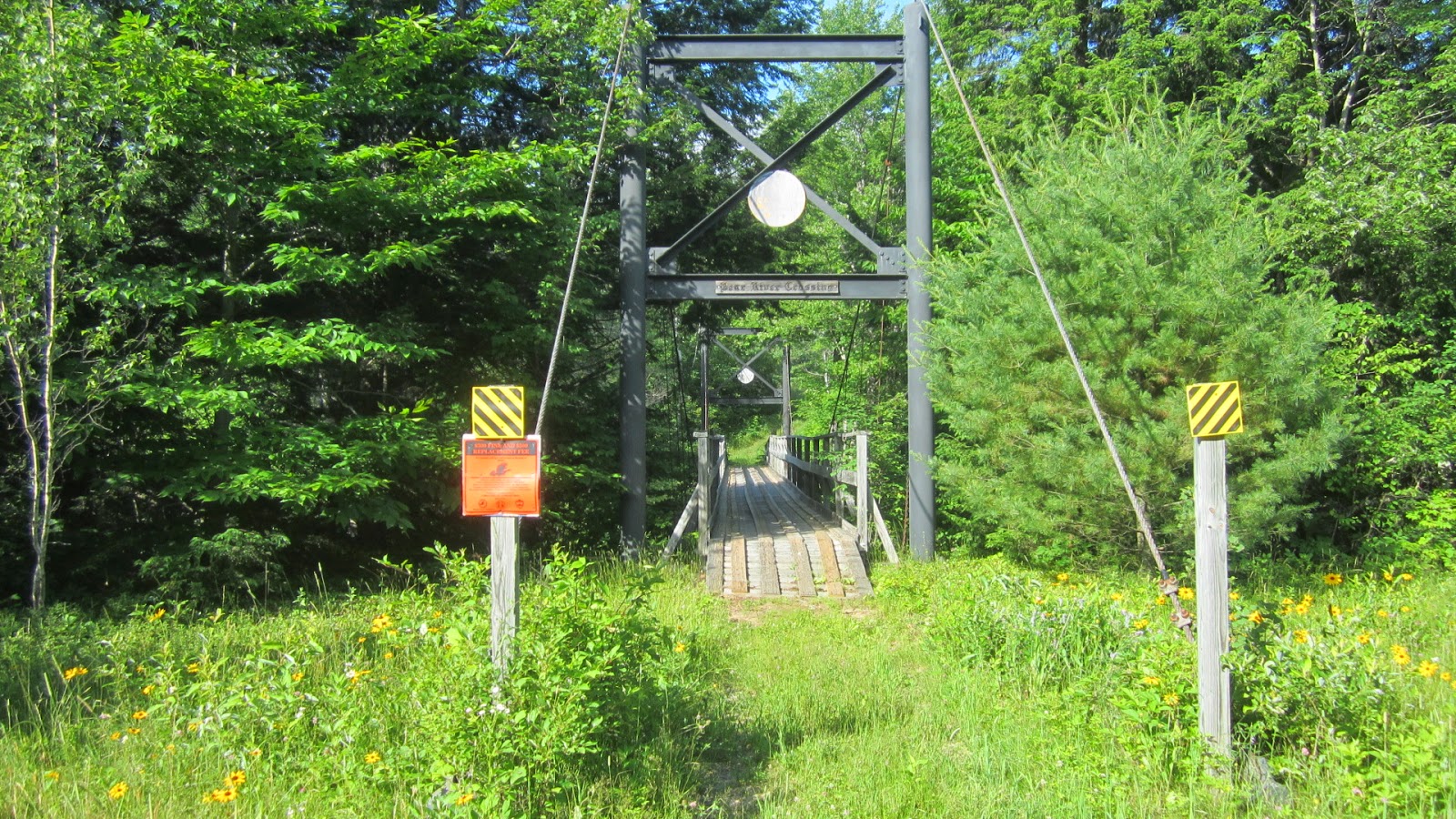 It was a longer day than we anticipated but Ryan summed it up in a text to me the next morning:

"I'm still smiling from that run."

You said it, man.

And lastly, a word on time. As near as I can tell, Ryan and I set a new Fastest Known Time (FKT) for the route. A little Googling beforehand showed that Scott and Deb Livingston with Matt Schomburg ran the whole route in 13:26 in 2008, shortly after the loop was completed. The next year, Steve and Deb Pero et al also did the whole thing roughly 14-15 hours. I had heard a rumor of a possible 10:30 time but no one I've talked to can remember where they heard that, who did it, or when it might have happened. In any case, we left plenty of slack in our day and if this worthy route sees more attention I wouldn't be surprised to see some one better our time by ninety minutes.