Up the Downes - Sandwich Range Loop

Not worrying about peak-bagging any more can be kind of liberating. While the White Mountain Four-Thousand-Footers will always play a central role in my outdoor adventures, I've broadened my horizons a bit. Nowadays a fun weekend day consists of linking up fun sections of trail and exploring new places, as well as visiting old familiar summits. 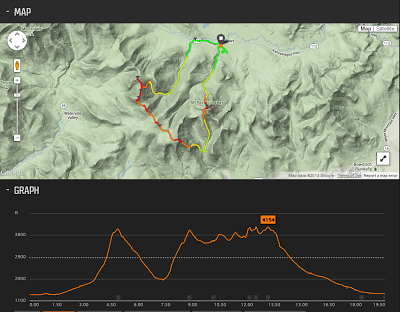 Making a loop out of Passaconaway, Whiteface, and the Tripyramids from the Kancamagus Highway is fairly common, but had a couple ideas to make it really interesting. I'd start at the Downes Brook Trail and branch off to bushwhack up the Downes Brook Slide to the summit of Passaconaway, then run down the other side of the mountain on the super-fun Dicey's Mills Trail before taking a right and heading steeply up Mount Whiteface on the Tom Wiggins and Blueberry Ledge Trails. From there a quick jaunt across the Kate Sleeper Trail would bring me to the Tripyramids for another blast of a descent down the Sabbaday Brook Trail and a short road run back to the car.

It was a hot and muggy Sunday and within a few minutes of setting out I was soaked with sweat. After a couple bonus miles (herp, derp!) on the UNH Trail I finally figured out where I was going and got under way. 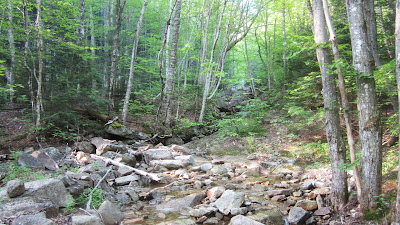 The open ledges were a little slick, but a low angle, careful foot placement, and sticky rubber soles made it casual and fun. 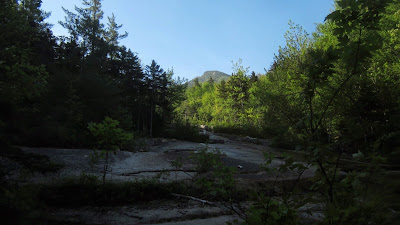 There were a few ledges to skirt around but I had no trouble following the abandoned trail. Official maintenance stopped in the 1940s but the area saw some bootleg care until the Forest Circus shut the party down in the 90s, as federal agencies are prone to do. 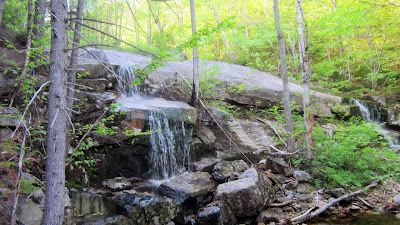 Following the end the slide there was a very steep climb to a nice North outlook and I was on the summit of P-way in around an hour-forty. 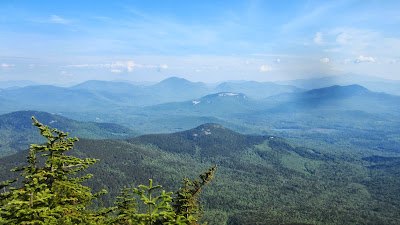 A quick peak over towards the Tripyramids; this afternoon's destination. 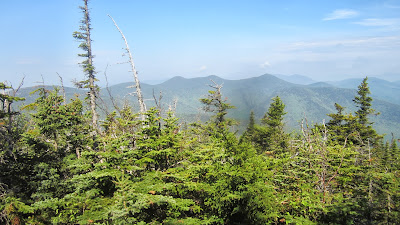 Much of the Dicey's Mills Trail descends at a moderate grade with footing that encourages a nice fast running flow without being too easy. The sign for the Tom Wiggins trail warns "steep and loose, not recommended" but proved to be a bit of an exaggeration and made for a nice vigorous connector of to Blueberry Ledge Trail where I got a look back across the Bowl at P-way. 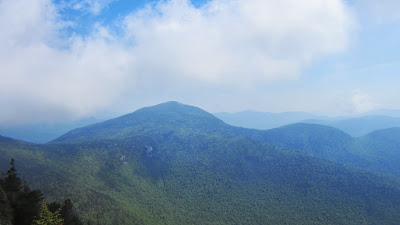 I'd been on the Kate Sleeper Trail several times in the last year, but not since October's Hurricane Sandy. I encountered a few blowdowns, but thought little of it. 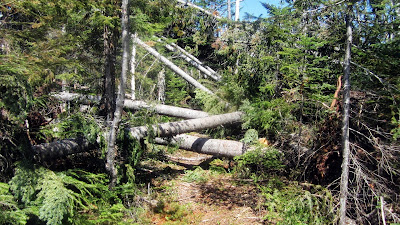 Until I arrived here. There was quarter to half-mile stretch of utter destruction where nearly every tree was uprooted and laid flat, obliterating the trail. It took quite a while to work through. 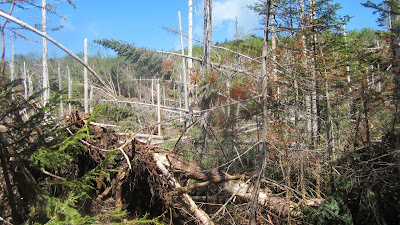 Shortly after the spur trail for East Sleeper things cleared up and went back to normal. 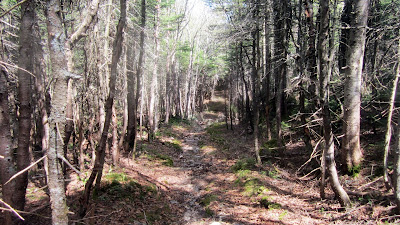 I didn't linger too long on the Tripyramids as the forecast was calling for afternoon thunderstorms, and it did indeed feel like rain. 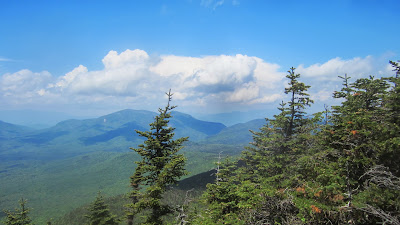 After some initial steepness, the Sabbaday Brook Trail joins up with an old logging road; a ton of fun to cruise down past some of Hurricane Irene's handowork. 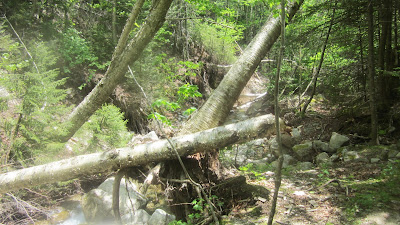 Mmmm... sandwich. It's the end of the day and I'm hungry for some real food. 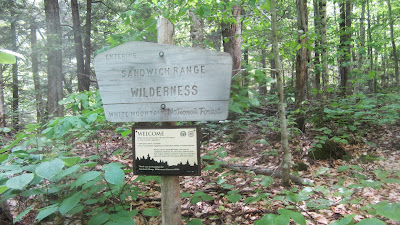 The last time I went through here was in winter and involved an involuntary plunge into the brook through some thin ice. This time I jumped in on purpose to cool off and it was the highlight of my day rather than a scary moment to remember. Well-draining trail running shoes and thin socks allow me to just wade in wherever I feel like and make me glad I gave up boots along time ago. 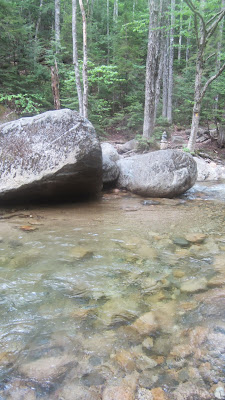 The Sabbaday Falls tourist area was rather quiet and I took that chance to check out the Falls and gorge. 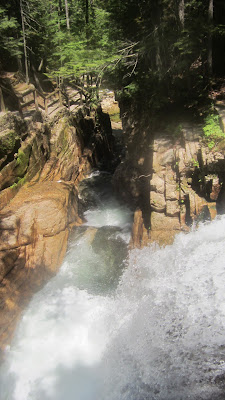 And finally back at the car with some real food and a refreshing beverage. 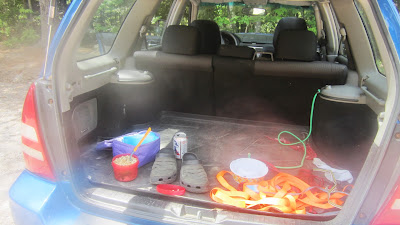 Totals for the day (including my little detour at he start).