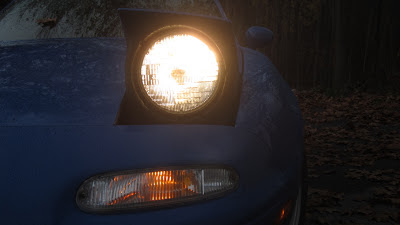 The end of this project is finally in sight. I drove the Miata on the road for the first time in four years. It was only a half mile trip, but everything worked. The car goes, stops, shifts, and turns without any funny noises, shakes or shedding of parts. It would've been nice to go farther but this was just a cautious test around the neighborhood... and my registration expired in 2007 so I thought it best not to attract any attention. 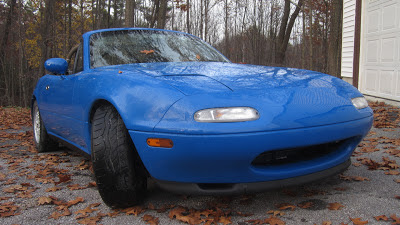 Most all the lights and exterior trim pieces are now in place. The paint buffed out fairly well, though I need to work out a couple remaining flaws and go back over the whole thing with some swirl remover for final polishing, but I'm feeling reasonably happy with the way it came out. 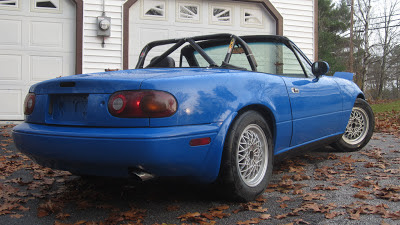 While pulling some of the old parts out of storage I discovered that the tupperware bins holding my carpets had become infested with mice - possibly the same mice that had been crapping under the hood and stuffing old insulation into all the car's nooks and crannies. Normally I try to respect living creatures... but they aren't welcome to live in my garage, especially when my carpets end up smelling like piss. So I dragged the bin out into the driveway, kicked it over, and watched the dog go bezerk trying to chase all the fleeing rodents.

With the carpet de-odorized and re-installed, there's still some work to do on the interior but like the paint, it's mostly down to tying-up loose-ends. While I was at it I also installed a new steering wheel - a gift from the same friend that made my aluminum shift knob after the old one was stolen during a break-in by some tweaker back in 2003. 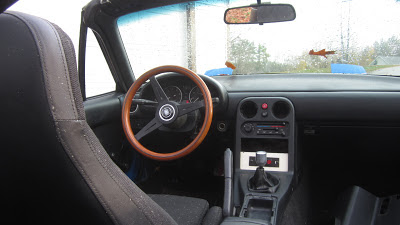 In a lot of ways this car feels like an artifact. It has no A/C, power steering, or power door locks. There's even some primitive yet clever way of opening and closing the windows without the use of electric motors. 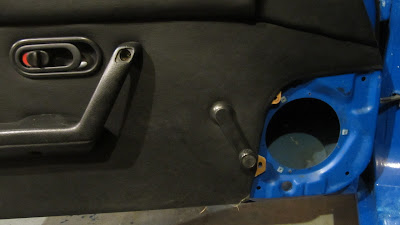 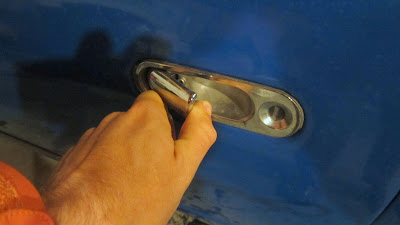 I'm not sure they offer aluminum wheels as small 14 inches on new cars anymore. 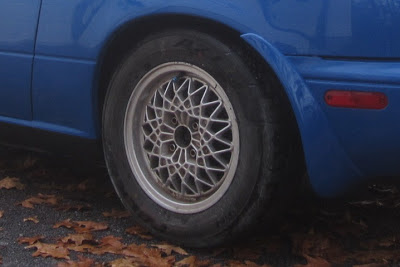 The point of all this is that there's a sense of minimalism I enjoy that's unavailable in new cars, even in what passes for a 2013 Miata these days. It's kind of the polar opposite of traveling in a Lexus-like cocoon; loud, cramped, bumpy, and breezy, but fully engaging. The steering is direct and communicative, turn-in is immediate, cornering grip levels are high, and even with the top up there's a motorcycle-like sensation of speed. Now I remember why I held onto this thing.

Some time was also cleaning up the engine bay a bit by removing a few superfluous items, degreasing things, and hiding wires. Like everywhere else, there's still a bunch of details to take care of, but it's getting there. But for now, that'll have to wait until spring. 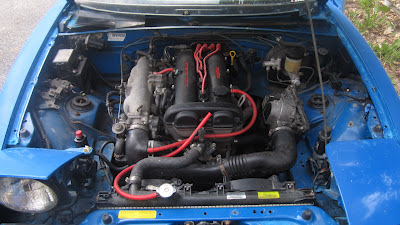