Almost four years ago I unexpectedly eked out the Fastest Known Time (FKT) for the Pemi Loop, covering the thirty mile White Mountain running test piece in a 6:46:08 personal breakout performance, less than a minute faster than Jan Wellford's time. Only a few months later Ben Nephew fairly demolished my time with a 6:27:48 and I thought I might be out the game for good. It was difficult to conceive that I might be able to get another twenty minutes out of my body, but for the next few years I continued to hurl myself around the Pemi, only making incremental improvements. 6:46...6:43...6:38. I found myself the awkward owner of the second, third, and fourth fastest reported Pemi times. Speedy or not, every run was a worthwhile and soul-stirring experience. 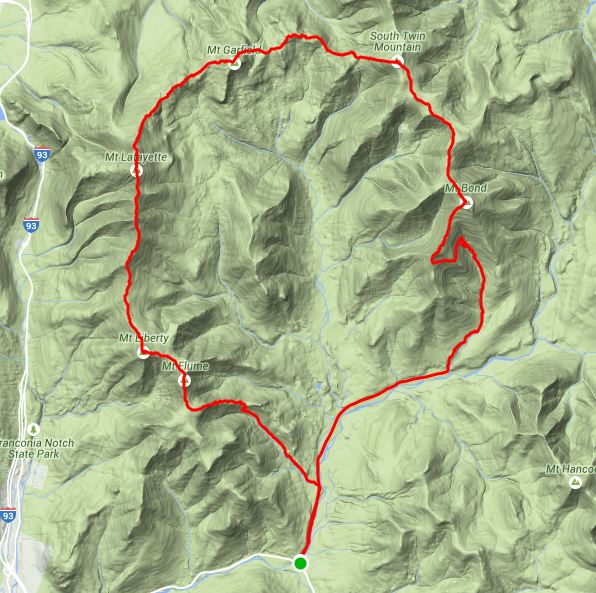 2015 started off with a bang; good luck in race entry lotteries earned me starting spots in both Western States and Hardrock for the summer, plus the birth of my son in February, a Boston Marathon bib, and I found myself burning my own candle at both ends. Frenzied, spastic road training, a rough winter, and sleepless nights left me burned out and tired by the time April rolled around. I managed to trudge through a cold and wet Boston in a hypothermic 3:17, a full half hour than my ambition had hoped for. Then two DNF's in a row at local 50Ks made it clear that I'd better either get an attitude adjustment or just quit running altogether.

So I went back to my roots; easy aerobic runs during the week and long weekend days in the mountains. No speed work, no structure, I just ran by feel. Balancing family and work life made me realize how much of a gift and privilege running is to me and I gratefully seized every opportunity to get out that I could. Doing this, I managed to string together a few months of solid training in the 75-80 mile per week range with 10,000-17,000 feet of elevation gain. On June 7th I ran a casual Pemi Loop in 7:45. My climbing legs felt strong, I recovered well, and with the route fresh in my mind I knew it was time to go back a week later and see what I could do. 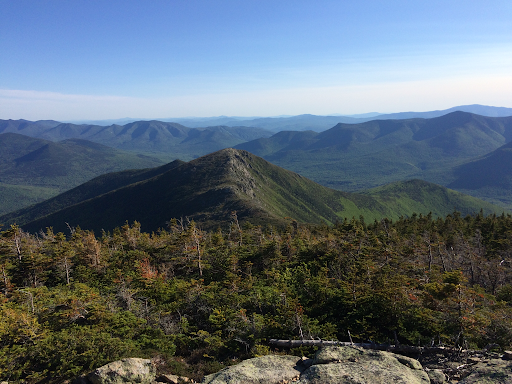 I spent Saturday resting up, picking strawberries with the family, then did my daughter's weekly swimming lessons on Sunday morning. It was nearly noon by the time I rolled into the Lincoln Woods parking lot, only to discover that I'd left my gel flask at home. Welp, there's 1200 calories that I'll have to do without. This left me with 600 calories of Tailwind in my hand bottles. Would it be enough? Not without apprehension, I decided to go for it anyway and make a go/no-go around decision on Bondcliff.

As for the run itself, everything went perfectly. I steadily built a lead over my old splits all day and the thought of quitting and going home never crossed my mind. It was one of those rare days when my mental and physical abilities worked together rather than against each other so that I could sustain a high effort level all day. I paid particular attention to attacking the more marginally runnable sections that I've hiked in the past, as well as establishing a focused rhythm on the rocky, technical descents. I think the yoga I've been doing has helped with my balance and hip flexibility such that my rock-hopping is more swift and efficient. When I crested Lafayette in less than four and half hours, despite having to ration my calories and water, I knew I'd made it through the hard part and if I could just hold on, all my efforts would be vindicated. Well, I didn't just hold on, I put the hammer down. One unexpected advantage to the late start was that Franconia Ridge was nearly deserted of hiker traffic, so I was free to do my own thing. And then there was the Osseo Trail - in my opinion descending this route is the most exhilarating trail run in the state and it's the main reason I prefer to do the Pemi Loop anti-clockwise. Sub seven minute miles just seem to come effortlessly if you can get your legs out in front of you fast enough to keep from falling over forwards. I hit the parking lot side of the bridge over the Pemigewasset River in 6:14:34, a personal best of twenty four minutes and breaking an FKT that I wasn't sure I had in me by thirteen minutes. 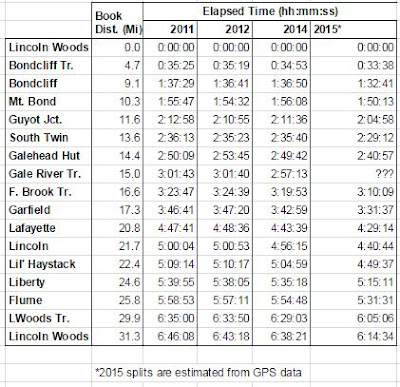 Now I'm left wondering how long it will last. I'm confident sub-six hours is very possible and even when the times do get pushed out my reach, as they eventually will, I feel fulfillment in making my own little mark. In some ways, I'm reminded of my friend Jeff List, who's father ran a fast time on the Mahoosuc Traverse in the 1940s. That's a time that Jeff can can look on with pride and try to match it himself. Maybe if my kids get into mountain running in twenty or thirty years they can be inspired to follow in their old man's footsteps. I hope it brings them the same joy it brings me.